Russia to send cosmonauts to the Moon this decade 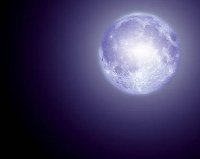 Russia's Federal Space Agency Roscosmos and the Cosmonauts Training Center named after Gagarin have launched a campaign to select a new group of cosmonauts. It is expected that the newcomers will be trained for a special mission.

"At first, we will have the preliminary selection at first. But I can say that the group will most likely be trained to fly to the Moon," Vladimir Popovkin, the head of Roscosmos, told the Echo of Moscow radio station.

The contest is open, which means that any citizen of the Russian Federation having technical or medical education can take part in the contest, Popovkin said.

The Russian lunar mission, the official added, can take place already this decade. "Nowadays, modern science is ready to use the Moon. I think that man will be on the Moon by 2020," the head of Roscosmos said.

In the beginning of 2011, the former head of the agency, Anatoly Perminov, named the same dates of the lunar exploration. Manned flights to Earth's satellite are scheduled to take place in the middle of the 2020s. At the end of 2011, after the failed launch of the Phobos Ground Martian rover, Roscosmos officials admitted that the Russian space exploration program could entirely focus on the Moon.

"We will think again what kind of forces we have and how balanced they are. Maybe there's a point to make decisive steps towards the exploration of the Moon. As for Mars, we will cooperate with our partners," Vitaly Davydov, Deputy Head of Roscosmos said.

Technically, the exploration of Earth's natural satellite has bright prospects. For instance, the polar areas of the Moon, where water-containing ice was discovered, could be used for building manned lunar bases, experts say.

"Those areas, since there's watery ice there, can actually be good for building a lunar base, where optical and radio telescopes can be installed," Academician Lev Zelyony, the director of the Institute for Space Research of the Russian Academy of Sciences told Interfax.

According to the official, it could also be possible to build international observatories near those areas on the Moon. The observatories would give scientists an opportunity to observe a whole class of radioastronomical phenomena. It is impossible to conduct such observations on the Earth because of the atmosphere and radio interception. The academician believes that such buildings on the Moon can be built in 2040-2050.

At first, Russia plans to launch lunar rovers and spacecraft that would fly to the Moon and back. The rovers will help scientists pick the location for the construction.

However, the current situation in the Russian space industry overshadows the bright future of the lunar exploration. As it turns out, space vehicles may come across lethal danger - charged particles in space. The launches of Russian-Indian "Luna Resource" and Russian "Luna Glob" missions to the Moon will be delayed, RIA Novosti reports.

"There were plans to launch "Luna Glob" and "Luna Resource" missions in 2015. The missions can be delayed because the technological solutions used for the Phobos Ground project need to be revised. Those solutions were used for the lunar projects too. It does not touch upon the equipment - it goes about spacecraft and control systems," academician Zelyony said (the scientist took part in the development of scientific programs of space missions). The missions can be delayed for one year, he added.

The "Luna Glob" automatic station and the Russian-Indian "Luna Resource" rover will explore the polar areas of the Moon.