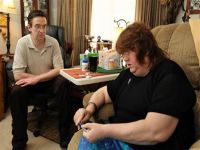 One of the worst times of the day for those diabetes sufferers who have to inject themselves with insulin may be about to come to an end - the breakthrough which leads to an oral administration of insulin sees light at the end of the tunnel as investigators from Portugal's Coimbra University remove an important obstacle.

There are two main barriers against the oral administration of insulin, namely that the solution is able to remain stable inside a gastro-intestinal ambience and secondly, that it manages to pass the intestinal epithelium, a wall covering the intestine which is in theory impermeable to insulin molecules.

The pharmaceutical technique developed by the research team led by António Ribeiro and Francisco Veiga, of the University of Coimbra's Faculty of Pharmacy has ensured that the insulin solution survives in a gastro-intestinal ambience and a passage rate of 30 per cent through the intestinal epithelium has been achieved, far higher than previously.

António Ribeiro explains the success of his team: "Facing an imposing wall, practically impossible to knock down, the strategy adopted by our team, which passes through a system of micro and nanoparticles, protected by two patents managed to get through the wall". However "it is not enough to pass the wall. We have to do new studies to show how we managed to do this, that is, find out the mechanisms which allowed the passage".

The latest technology conceived by Coimbra's researchers consists of a system of micro and nanoparticles constructed from a base of biopolymers - proteins and polysaccharides - for an orally administered insulin dose. In vitro tests showed that the insulin solution manages to pass through the intestinal epithelium in two ways - coated and isolated.

The team led by António Ribeiro and Francisco Veiga included a wider range of scientists, namely Isabel Vitória, Rui Carvalho and Camille Woitiski and received the collaboration of teams from Centrohat (CICS) and from Queens University, Canada.

Original article in Portuguese by