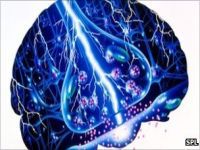 A new technique used in mice, is yet to be perfected, but it is hoped that it can be used in the treatment of diseases affecting the brain...

Diseases that affect the brain compromise the quality of life for millions of people around the world. A new survey released on Thursday (24th) in the journal Science showed that the mammalian brain accepts repairs in adulthood longer than previously thought.

Researchers at Harvard University, Massachusetts General Hospital and Beth Israel Medical Center, deployed neurons from mouse embryos in adult animals that had a brain defect, failure to respond to the hormone leptin, which is responsible for regulating metabolism and weight control in many mammals, including mice and humans.

As a result, the adult mice who were morbidly obese and lacked leptin lost weight and began to have a normal metabolism. "What we did here was a system to reconnect the brain circuit that usually does not regenerate naturally and that was substantially restored its normal function," said Jeffrey Mackler, at Harvard Magazine, available as a podcast.

Apparently, what happened in the hypothalamus of adult mice - where the neurons were inserted - was that these were differentiated into four different types of neurons that formed connections and restored the ability to process the signal of leptin.

Although not a practical means to treat obesity, the study provides evidence that this type of transplant can help restore function in brain regions that control complex mechanisms - the hypothalamus, for example, which manages emotions, sexual behavior, body temperature and thirst, among others.

The results also showed researchers that, in theory, there is the possibility of applying similar techniques to other neurological and psychiatric diseases. "Our next step is to ask questions parallel to other parts of the brain and spinal cord, related to amyotrophic lateral sclerosis and spinal cord trauma. The question is: in these cases, can we reconstruct the circuit in the brain of a mammal? "I guess so," said Mackler.