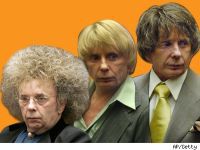 Cells rich in fat can lead to reversal of baldness

Study showed that injection of a specific type of fat cell stimulated hair growth in mice...

A new study indicates that hair stem cells are controlled by fat. Skin cells that are rich in fat may have been identified as a source of substances needed to make hair grow, according to a survey conducted by U.S. scientists.

Experiments conducted in mice, published in the journal Cell, suggest that hair stem cells are controlled by fat.

Injecting a specific type of fat cell stimulated hair growth in mice that had difficulty in growing them.

A team at Yale University says it is possible to use the discovery in treatments for the reversal of baldness.

Scientists say that there was a fourfold increase in the number of "precursor" fat cells in skin around a hair follicle when it began to grow.

The researchers observed that mice unable to produce these cells are rich in fat. The hair usually grows in cycles, but the animals "defective," in the follicles were trapped in an inert stage of this process.

The scientists injected the mice fat cells in healthy animals with the problem. Two weeks later, the follicles started to grow.

The study shows that the cell "precursor" was producing a chemical - a growth factor derived from blood platelets - a hundred times more than the cells around them.

By injecting the growth factor in the skin of mice with problems, the growth process was initiated in 86% of the follicles.

"These cells contain the precursor-derived growth factor from platelets to promote hair growth," the study suggests.

However, it is not known if the same chemical processes occur in humans.

Previous studies carried out with men show that the bald parts of the scalp have the same number of truncated-cells as the areas with hair.

"If we can make these fatty skin cells 'talk' with inert stem cells at the base of the hair follicles, we can make hair grow again," says Professor Valerie Horsley, from Yale.

The study indicates that cells rich in fat may have other functions involving stem cells, such as tumor formation or wound healing.