Tiny green organism to save the world from energy crisis 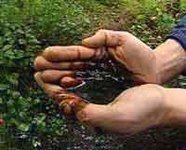 The energy crisis has made scientists think about the production of artificial oil. Russian and Japanese chemists designed special systems that produce fuel from carbonates and water. American scientists found a water plant that produces hydrocarbons. They implanted its genes to yeast and thus received a biological reactor that makes biogenic oil.

According to the law of the conservation of mass, in a chemical reaction, matter is neither created nor destroyed. This fact has been bothering mankind recently because it means that the planet is running out of its fuel reserves, including oil. The prognoses from various geological institutes sound very pessimistic. Black gold will disappear on Earth either by the middle or by the end of the current century. When it happens, the global energy and transportation system will collapse, in case petroleum products are still used as the primary type of fuel, of course.

Some experts say, though, that the authors of such reports are being overdramatic. Indeed, all of such calculations are based on the current production of oil. In other words, they are based on the data from the develop oil fields. However, there are many oil fields on the planet, the development of which has not even been launched yet. In addition, there are oil fields that have not been discovered. The exhaustion of traditional oil deposits stimulates the search for new ones, scientists say. Old oil wells will be preserved by that time, and their oil reserves will be renewed.

Indeed, oil can be recovered. As a matter of fact, the oil-generation process on the planet still continues. There are two ways for the process to occur: the biogenic and the non-organic. The latter has not been studied thoroughly yet; some scientists doubts that it can be possible at all. It is generally believed that the process takes place when hydrogen, produced as a result of the radioactive decay in the core of the Earth, comes into reaction with carbon. Various hydrocarbons are produced during the process, and they subsequently turn into crude.

Here is what Vitaly Flid, the chairman of the department for physical chemistry of Lomonosov's Moscow Academy of Subtle Chemical Technology said on the subject:

"In Earth's depths, methane is produced when carbon comes into reaction with hydrogen from the core. Methane from the depths of the Earth comes up to the surface via channels in the rocks. The gas participates in various reactions as it goes up, and heavier hydrocarbons, i.e. oil, are produced. This is the non-organic method for the generation of oil. Geologists say that there are oil fields that have been completely exhausted but oil appeared there again later. It can possibly be the oil from the depths of the Earth, and this oil is not likely to end ever."

In many countries, including Japan and Russia, scientists have designed experimental systems that produce oil non-organically. The systems run the production of hydrocarbons from carbonates and water, with the participation of ferrous iron. Chemists know that if they mix calcium or magnesium carbonate with the solution of iron salt and then heat the mixture under high pressure, the reaction results in the production of hydrocarbons. It is easy to receive oil from them afterwards.

Does it mean that there is no reason to worry? Alas, it does not. The non-organic oil recovery process is a very slow one. The share of such oil in global reserves is not that large. As for the oil-producing systems that we mentioned above, they require a lot of energy for their operation, and they can produce small amounts of black gold as of today.

Therefore, scientists pin hopes on another oil-generating method - the biogenic one. It seems that most of global oil reserves appeared biogenically.

In ancient times, when the climate on Earth was relatively warm (in early Paleozoic or Mesozoic eras), seas and oceans were inhabited by zillions of plankton organisms. When dying, the organisms would fall down on the sea floor and form many meters of layers of organic sediments. The sediments would be created faster than they would decompose. As a result, huge masses of organic materials were buried underneath the sediments that were formed afterwards, such as slate and salt. Afterwards, many of such zones found themselves on land as the continents were moving. Organic substances were exposed to high temperatures - from 50 degrees Celsius and higher. The heat turned the organic sediments into the substance that we call black gold today.

US scientists have recently determined which living organisms participated in the oil-generating process most. A group of researchers chaired by Professor Joe Chappell from the University of Kentucky, discovered that fragments of the genome of microphytic alga Botryococcus braunii can be found in all oil samples of the planet. The fragments of the DNA of this organism were predominant: their quantities exceeded the traces of other organisms considerably. The scientists also discovered that the alga started taking part in the process some 500 million years ago and continues "working" even today.

Botryococcus braunii belongs to the group of green algae (Chlorococcales). It inhabits practically all seas and oceans of the world. It forms large floating colonies made of millions of round cells that have very thick walls. The alga is capable of synthesizing various hydrocarbons which produce so-called alga oil. The structure of this oil is very similar to oil, the fuel. The colony needs this oil for buoyancy.

The alga oil can turn into fuel if exposed to high temperatures. Therefore, the scientists concluded, people would only need to cultivate the organism instead of spending millions on oil exploration and drilling.

However, the Botryococcus braunii grows very slow. It is not really good as a source for organic oil. Nevertheless, scientists know which genes of the organism are responsible for the production of hydrocarbons. It can be possible to create them artificially and implant them into the bodies of other, less whimsical organisms, like yeast cells, for instance. US scientists have already created the first yeast culture that is capable of producing organic oil.