Europeans have a gene for breaking down alcohol and fat 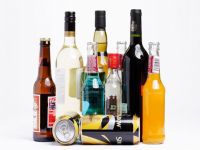 Those of European descent may be genetically programmed to consume more fatty foods and alcohol than people from other parts of the world, according to a study done at the University of Aberdeen Scotland. Scientists say a type of switch, or DNA, that activates the galanin gene into the cells, regulates thirst and appetite.

"The switch controls areas of the brain that allow us to select foods that we like to eat, and if it is linked with intensity, we have a higher chance of wanting to eat more fatty foods and alcohol," Alasdair MacKenzie, who led the study, revealed. "The fact that the weaker switch is found most often in Asians compared with Europeans, suggests that they would have less inclination to select these options."

The scientist said that "it is possible that during the winter individuals with a weaker switch did not survive in Europe as well as those who had the stronger device."

"The results give us insight into the life of ancient Europeans, when beer and dairy products were important sources of calories during the winter months. Thus, the preference for foods with more fat and alcohol would be important for survival."

"The negative effects of fat and alcohol that we see today would not have mattered much at that time, when life expectancy was between 30 and 40 years."

The study also linked the gene with depression. "Galanin is also produced in an area of ​​the brain called the amygdala that controls fear and anxiety. Therefore, varying levels of galanin in the amygdala affect the individual's emotional state."

"Interestingly, the switch was also active in the amygdala," he says. The study is being published in the Journal of Neuropsychopharmocology.