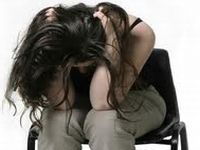 The UN meeting on AIDS this week marked the tenth anniversary of the Declaration of Commitment on HIV/AIDS, thirty years after the appearance of the AIDS epidemic. Commitments made to regard gender equality in addressing this scourge as usual left women more prone to being infected and affected.

UN Women therefore calls for stronger strategies to empower women's leadership giving them access to treatment and services and ending discrimination faced by HIV-positive women and girls. Younger women represent nearly 72 per cent of those living with HIV, with young girls being particularly vulnerable.

According to the new UN report, 41% of new infections are among young people, and over 60% of these are young women (72% in some areas, such as Sub-Saharan Africa), according to the UNO "a clear demonstration of the long-recognised linkages between gender inequalities and the risk of infection".

According to UN Women, the news is good also. "The latest data shows that the overall number of newly infected people is shrinking and can continue to decrease". However this does not mean that gaps do not appear. "Gaps and challenges faced by women infected by HIV continue, with major obstacles in accessing prevention, protection, treatment and care. Women's voices and participation, particularly HIV positive women's participation in the HIV and AIDS response is largely missing but critical to end the pandemic for all".

UN Women for this reason calls for concerted action to reverse the current trends, reversing unfulfilled commitments made towards women to alleviate suffering, stigma, violence.

Michelle Bachelet, Executive Director of UN Women, considers: "If we are to truly change the course of the epidemic and bring an end to this pandemic, we must take this opportunity to back our commitments with actions and resources, and include the voices of HIV-positive women in the design of effective solutions".

So, women of the world unite and start checking what our menfolk are doing.