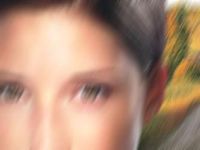 Age triples the incidence of astigmatism, records show. However, a new multifocal lens for cataract surgery corrects up to 3 degrees of refraction error. Not only the eyelids are drooping with age. The refractive errors also change. Myopia, difficulty seeing far down. The opposite is also true. What is the connection between ageing and astigmatism?

Not only the eyelids are drooping with age. The refractive errors also change. Myopia, difficulty seeing far down. The opposite is also true. Many people fail to see up close and remain hyperopic, regardless of presbyopia or eye strain that affects all people over 40 years of age. But is the lack of focus the biggest problem of refraction that comes with aging? According to Institute Leoncio Queiroz Neto scientist Penido Burnier, thereview of medical records of 1100 patients aged between 60 and 75 years shows that 418 (38%) have astigmatism. The prevalence increases as you get older. It reaches 51% of the population aged 70 to 75 years old. Among young people, he says, is only 10% to 15%.

The expert explained that hyperopia and astigmatism associated with aging result from a change in curvature of the cornea or lens. In the case of astigmatism this change makes pictures look blurry near and far. "The heaviness of the eyelids, the sum of minor trauma such as rubbing or scratching the eyes as well as allergic and inflammatory processes may be related to the change in curvature of the cornea," he says.

Queiroz Neto said the numbers of the survey emphasize the importance of annual examinations of refraction to avoid complications. This is because the 2010 census indicates an increase in life expectancy in Brazil with 23 000 centenarians. This means a larger portion of the population over 60 years of age. At this age the most prevalent eye disease is cataract. The only treatment is surgery in which the cloudy lens is replaced with an intraocular lens. The good news for those who have astigmatism is the new toric multifocal lens. This is because the implant corrects up to 3 degrees of astigmatism without any additional instruments, he says. For those who have hyperopia, aspheric multifocal lenses eliminate the need for reading glasses in 97% of cases. "Today the technology to forecast more definitive correction of presbyopia multifocal intraocular lenses are the highlights". Not coincidentally, a multicenter study shows that cataract surgery reduces by 50% the risk of traffic accidents due to the improved contrast and depth of vision.

To prevent the development of astigmatism the main tip is to not rub or scratch eyes. Recommendations for preventing the early formation of cataracts are: