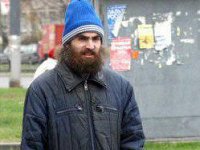 Grigori Perelman, a brilliant mathematician from St. Petersbrug, who became famous worldwide after he had solved the Poincare conjecture, has finally explained his refusal to accept a million-dollar prize. According to the Komsomolskaya Pravda newspaper, the secluded scientist opened his heart to a journalist and producer of a film company, which is going to make a documentary about him.

The reporter at first contacted Grigori Perelman's mother through the Jewish community of St. Petersburg. She talked to her son, and the latter agreed to give an interview. That was quite an achievement indeed - no other journalist has managed to ask any question to Mr. Perelman before.

"Perelman produces an impression of an absolutely sane, healthy, adequate and normal person. He is realistic, pragmatic and clearheaded, but also sentimental at the same time. What the media say and write about him - that he is off his head - all of that is nonsense. He knows what he wants and he knows how to get it," the journalist wrote after the interview.

The above-mentioned documentary is not going to be about Grigori Perelman's life. The film will be about the cooperation and the struggle between three major mathematical schools in the world: the Russian, the Chinese and the American ones. These three schools are the most advanced in the world in terms of the path of learning and the control of the Universe.

When asked why he refused from the prize of one million dollars, Perelman responded: "I know how to control the Universe. Why would I run to get a million, tell me?"

Perelman also said that he does not communicate with journalists because they are not interested in science. Instead, they want to know all details about his everyday and personal life. They want to know why the mathematician refused from the million and whether he cuts his hair and nails. The scientist also said that he is offended by the media calling him Grisha, which is a usual short for Grigori.

In the interview, the excerpt of which was published on the Komsomolskaya Pravda newspaper, Perelman said that he had been training his brain since his school years. Recollecting the time when he, representing the USSR, received a gold medal at the mathematical competition in Budapest, he said:

"We were trying to solve the tasks which required abstract thinking. The distraction from mathematical logic was exactly the point of the daily training. One had to imagine a piece of the world in order to find the correct solution. Do you remember the Biblical story about Jesus Christ walking on water? I had to calculate the speed with which he had to move on the water surface not to fall through."

Since that time, Perelman devoted his activity to studying the nature of three-dimensional space of the Universe.

"It's very interesting. I am trying to embrace the boundless. Anything that is boundless can be embraced," he said.

The scientist was working on his dissertation under the direction of academician Aleksandrov. "The subject was not hard: "Saddle surfaces in Euclidean geometry." Can you imagine equal-sized and irregularly spaced surfaces in infinity? We have to measure the cavities between them," the mathematician said.

According to Perelman, every theoretical development of mathematicians has applied relevance.

"Why did we have to struggle with the Poincare conjecture for so many years? To put it in a nutshell, the essence of it is the following. If a three-dimensional surface is reminiscent of a sphere, then it can be spread into a sphere. It is known as the Formula of the Universe because it is highly important in researching complicated physical processes in the theory of creation. The Poincare conjecture also gives an answer to the question about the shape of the Universe.

"I've learned to compute hollowness. Me and my colleagues are studying the mechanisms that fill social and economic hollowness. Hollowness is everywhere, it can be computed, and this opens large opportunities. I know how to control the Universe. Why would I run after a million, tell me?"

According to the newspaper, both Russian and foreign special services are showing interest in Perelman's discoveries. The scientist has learned some super-knowledge which helps realize creation. Special services need to know whether Perelman and his knowledge may pose a threat to humanity. With his knowledge he can fold the Universe into a spot and then unfold it again. Will mankind survive after this fantastic process? Do we need to control the Universe at all?