Wherever you are, radiation finds you 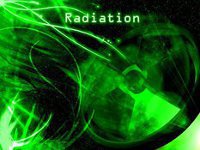 Radioactivity is the unstable position of nuclei of atoms, which is manifested in their ability to spontaneous decay, accompanied by the release of ionizing radiation. The energy of this radiation is so strong that it affects the matter, creating new ions of different signs. The damaging effect of radiation on the body starts when these ions are formed in living cells.

There are two ways of irradiation. First, if radioactive material is located outside of the body and affects it externally - it is external radiation. The second way is when radionuclides penetrate the body with air, food and water. Radiation sources are combined into two groups: natural and artificial, that is, man-made. Scientists say that the earth sources of radiation are responsible for most of the exposure suffered by people.

Natural forms of radiation fall on the Earth's surface either from space or from radioactive substances contained in the earth's crust. The intensity of the influence of space radiation depends on the altitude and latitude, therefore people living in mountainous areas and those who frequently travel by air have a greater risk of exposure.
Radiation of the Earth's crust is mainly a hazard only near the fields. Yet, radioactive particles can reach people in the form of building materials, phosphate fertilizers, and in the form of food. The cause of the radioactivity of building materials is radon - a radioactive inert gas with no color, taste or smell. Radon accumulates under the ground, and rises to the surface during mining operations or through cracks in the Earth crust.

The discovery of radioactivity served as an impetus for the application of this phenomenon. As a result, artificial radiation sources were created that are used in medicine, energy and nuclear weapons production, searching for minerals and detection of fires, agriculture and archeology. Items removed from the "forbidden" zones after accidents at nuclear power plants and some precious gems also pose a threat.

In medicine, people are exposed to radiation during X-rays procedures, as well as use of radioactive substances to diagnose or treat various diseases. Ionizing radiation is also used to fight malignant diseases. Radiation therapy affects the cells of a tissue to eliminate their ability to divide and multiply.

The discovery of such phenomenon as radiation led to the creation of nuclear weapons, whose tests in the atmosphere are an additional source of exposure for the population of the Earth. For nearly 40 years the Earth's atmosphere had been strongly polluted by radioactive products of atomic and hydrogen bombs.

Nuclear power plants are also a source of radiation, as the chain reactions of fission of heavy nuclei is the basis for electricity production. One of the factors of human radiation exposure after nuclear accidents is a man-made radiation background of nuclear energy that is insignificant during normal operation of a nuclear plant. Depending on the nature of the nuclear power plant accident, radioactive substances emitted into the atmosphere penetrate the environment and are carried by air currents for various distances from the epicenter of the accident. All of the habitat, flora and fauna in the zone of explosion are subjected to irradiation. Radioactive cloud is deposited on land with rainfall.

Radiation can be released into the body in any way. Often the objects that do not cause suspicion are to blame. An effective way to protect yourself is through the use of a radiation dosimeter. This miniature device can independently monitor safety and environmental cleanliness of the space around a person and objects.

In case of a real threat of radioactive contamination the first thing one should do is to hide. It is important to take refuge in a building as quickly as possible to protect the respiratory system and the body. Staying in a room with closed windows and doors and turned off ventilation can reduce potential internal exposure. Regular cotton fabrics used as a filter reduce concentration of aerosols, gases and vapors 10 times or more. The protective properties of fabrics and paper can be increased by wetting them.

Skin can be protected from radioactive contamination by a thorough rinse, hair and nails should be disinfected by special liquids. Clothing should be destroyed.