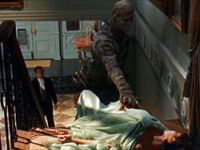 Remember the stories about the pieces stolen from Cairo Museum during the revolt against President Mubarak? Apparently, like so much you read in the bought media, things turned out rather different. Several museums were targeted. In one, the looters ended up stricken with the Mummy's Curse, thrashing on the floor speaking in tongues...

In his article "Did 'mummy's curse' kill Egyptian looters?"* US-based writer Terrence Aym claims that what really happened in the Cairo Museum that day was that rather than getting their hands on the country's ancient artefacts, the would-be robbers ended up being victims of the Mummy's Curse.

Their mistake? Tearing the heads off two mummies and kicking them around like footballs. Terrence Aym quotes the Museum security guard al-Hamad Genadry, who told the Cairo press that "when he discovered the two goons they were jabbering and drooling-talking in gibberish to the two severed mummy heads".

"They rolled about on the floor thrashing like curs. It was truly quite a remarkable sight," the 52-year-old museum guard said.

In fact that day, several museums - not one, as it was reported - were targeted by armed groups of thugs, as was the case in Iraq where dubious shopping lists were drawn up, before the invasion, by foreign powers. Quoting archaeologist Zahi Hawass, Secretary General of Egypt's Supreme Council of Antiquities, Aym reveals "A large group, armed with guns and a truck, entered the store, opened the boxes in the magazine and took the precious objects. Other groups attempted to enter the Coptic Museum, Royal Jewellery Museum, National Museum of Alexandria, and El Manial Museum." 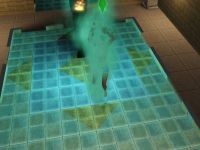 What happened to the thieves?

Their bodies were taken to Ain Shams University Hospital. Some experts speculate that they breathed in some ancient dust and got a brain infection, others label the illness which killed them "more mysterious". The Royal Curse?

Many Egyptian tombs were sealed with the warning of a curse to those who opened them, "a warning to future grave robbers," claims Terrence Aym, who expands: "Lesser known is the fact that small cults still exist in Egypt that worship the ancient gods and ascribe to them great powers".

"One Cairo doctor, speaking to the press off the record, doubted that the two men were suffering from a blood infection. Although many of his colleagues speculated the men had contracted some ancient pathogen embedded in the mummy wrappings, the surgeon thought the answer may well lie in the sacrilege the two criminals perpetrated on the remains of Royal Egyptians".

Lord Carnarvon, the fundraiser behind the excavation of King Tutenkhamun's tomb found out to his cost what the Mummy's Curse meant: he died shortly after entering the tomb, shaking in bed with hot and cold chills. The second he died, the lights in Cairo went out. Two hours later his dog, back in England, had a seizure and died. The mummy of King Tutenkhamun, it was revealed upon examination, had a wound in the same place as an insect bite which led to the infection occasioning His Lordship's death. 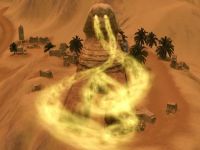 A cobra bit and killed the pet canary belonging to Howard Carter, the archaeologist who led the dig, the same night that it led the team to the tomb. Carter's manservant warned him: "The pharaoh's serpent ate the bird because it led us to the hidden tomb! You must not disturb the tomb!"Eleven people involved in the dig or connected to the team, suffered strange and premature deaths in the following years.

The power of the Ancient Gods...has not waned with the passing of time.