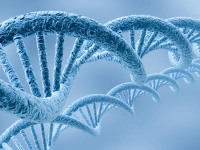 As a Christian I wish to respond to Ayn Rand's self-centered philosophy and her so-called arguments, which she claims are rational, against Christian altruism. I am thoroughly familiar with Ayn Rand's philosophy, but she misunderstands and misapplies certain Christian teachings. We shall examine these and other points in this article. No doubt, Ayn Rand would be totally correct in her "Objectivist" philosophy if Darwinian macro-evolutionary theory were, indeed, scientifically valid and true.

The actual and objective scientific evidence, however, shows that there are natural limits to evolution in nature and that we are not here by chance or by macro-evolutionary processes. Natural selection in nature is not a creative force as many think. Natural selection can only "select" from biological variations that are produced and that have survival value. The real issue is what biological variations are naturally possible.

Genetic information, like any other information, doesn't happen by chance. Therefore, it's far more logical and rational to believe that the genetic similarities between all forms of life are because of a common Designer or Genetic Engineer (God) Who designed similar functions for similar purposes in all the various forms of life.

No one has shown that DNA can come into existence by chance! It takes DNA to get DNA! In other words, there must already exist DNA in nature to direct the formation of more DNA.

The mathematical odds of even the simplest DNA molecule coming into existence by chance is comparable to a monkey typing the sequence of all the letters and words in a dictionary by randomly hitting keys on a computer keyboard.

Besides all this, none of these molecules can exist for long outside of an already complete and living cell! In other words, the cell could not have gradually evolved. (Please read author's essay The Natural Limits of Evolution at his website, www.religionscience.com, for a comprehensive and in-depth scientific analysis and discussion of this issue).

There is a God to Whom Ayn Rand and all of us must give an account. God is not being egotistical. Truth demands that God be the center of our lives.

Ayn Rand misunderstands the concept of Christian altruism and the proper context in which Christian altruism is to be applied. Christian altruism does not mean that we should give to others unconditionally in all circumstances because that would not be for the true benefit of others. Christian love seeks what is for the true benefit of others, not whatever they desire or want. For example, the Bible teaches that a person who is not willing to work should not eat. Therefore, feeding such a person is wrong since it would only be helping to increase the selfishness of such a person.

There is a difference between selfness and selfishness. The first involves proper Biblical love and care for oneself as God intends. The latter is based on ego and pride. Christianity is not against legitimate self-interest. We are created in God's image so, of course, God would want us to love ourselves as well as to love others.

Ayn Rand rightly claims that "A" cannot be "non A" but she misapplies this principle in her critique of Christianity. For example, when Christ said that "the first shall be last and the last shall be first" there is no true contradiction (i.e. "A" being "non A"), as Ayn Rand claims, because the both cases in which the words "first" and "last" are used within the context of the passage have different applications and reasons for usage. Jesus was simply saying that in this world a person is considered "first" or "last" for different reasons than why a person is considered "first" or "last" in God's kingdom. Again, there is no real contradiction (i.e. there is no "A" equated with "non A").

According to Christian teaching, the individual (the "self") is not an end to itself but rather the "self" is a means to an end - that end being to live for God and to please Him and to do His will. Part of living for God is to do good for ourselves as well as for others because we belong to God and are owned by Him.

God is glorified when His creatures enjoy the provisions, bounty, and wealth that He provides, but if it is God's will and purpose in a particular case for an individual to give up all that he has and to give it to the poor then it is only right that the individual do so. After all, everything belongs to God, even the wealth a person gains in this life for nothing would be possible without God's power and undeserving grace.

Contrary to popular belief, Jesus was not against self-defense in all cases. "Turning the other cheek" simply means that Christians should not retaliate against personal insults by returning insults. "Slapping another's cheek" in Jewish culture was considered a figure of speech for throwing verbal insult at someone. Jesus, in fact, allowed His disciples to carry swords for self-defense. This is why Peter pulled out a sword to protect Jesus at the time of His arrest. However, Jesus told Peter to put away the sword because it was the Father's will at that time for Christ to be delivered to suffering and death in order to pay for the sins of the world.

There is nothing wrong with capitalism or making a profit. What is evil is when profits are made without any sense of obligation and duty to God and His commandments. It is God Who enables the capitalist to make money and it is God who requires the capitalist to have due and proper concern for his fellowman's health and welfare. Profits made at the expense of God's commandments are an abomination to the Creator and society. CEOs take notice! My fellow conservatives and Republicans take notice!

The above are just some of the Christian arguments refuting Ayn Rand's philosophy.

The author, Babu G. Ranganathan, has his bachelor's degree with concentrations in theology and biology and has been recognized for his writings on religion and science in the 24th edition of Marquis "Who's Who In The East". The author's writing may be accessed at www.religionscience.com.