If the allegations of the man who developed the poliomyelitis vaccine programme for a large pharmaceutical company are true, hundreds of millions of people may be doomed. This man was none other than Maurice Hilleman, who developed eight of the fourteen vaccines used in vaccination schedules. 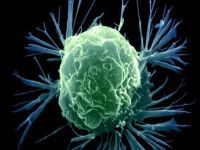 Measles, mumps, rubella, Marek's disease, hepatitis A, hepatitis B, adenoviruses, and the commercial evolution of vaccines against meningococci and pneumococci were the diseases targeted by the pioneering American microbiologist Dr. Maurice Hilleman.

During his research however, in 1991 he became seriously worried about the levels of mercury being used in one of his vaccines. In an internal memo presented to the head of the vaccine division at Merck, where he worked, he called attention to the DPT, a combination for diphtheria, pertussis (whooping cough) and tetanus, claiming that the exposure for a six-month-old was 87 times too high.

Moreover, in his interview in the book The Health Century (later a PBS TV series), he made shocking allegations that Merck had produced and distributed deadly viruses in its vaccines and had infected millions of people worldwide, turning them into time bombs.

In his article on these allegations*, US researcher Terrence Aym claims: "If his allegations are true, hundreds of millions may be doomed to early, painful deaths. The masses that have already been inoculated may be little better than walking dead men and women-zombies going through the motions of life with no knowledge that biological time bombs are slowly ticking away in their tainted, diseased cells".

Among the allegations was that the poliomyelitis vaccine may have been infected by monkey viruses, an allegation backed up by The Lancet, a prestigious medical journal, in 2002, in an article which claimed that 55,000 cases of non-Hodgkin's lymphoma which occurred annually had their root in the vaccine. The cause was the SV40 cancer-causing monkey virus.

In its turn this information, according to Aym's research, was backed up by Dr. Michele Carbone of Loyola University, who found "the virus SV40-a virus never before seen in humans-was present in about 50 percent of the human lung tumors he studied".

"Other researchers rushed to confirm or challenge the study he published about the deeply disturbing find. Since 1964 60 laboratory studies were conducted. Every study confirms Carbone's original findings. But the new research found more. Much more.