Brazil to produce generic version of medication for AIDS and Hepatitis 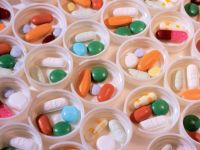 Approximately 64,000 patients with AIDS and 1,500 with hepatitis make use of tenofovir in Brazil. The first national batch of the medication will be available for patients in late March. Domestic production will represent a savings of approximately £410 million to the country.

The registration for the sale of the generic version of tenofovir for the official laboratory Fundação Ezequiel Dias (Funed - Government of Minas Gerais) was granted by the National Agency for Sanitary Vigilance (Anvisa), through Resolution 487/2011. The drug is used to treat AIDS and hepatitis. According to the Ministry of Health, with authorization, nine million tablets will start to be produced from next week, which represents a saving of approximately $410 million to the country over five years (until 2015). Currently, about 64,000 AIDS patients with hepatitis and 1,500 make use of tenofovir in Brazil. The first batch of the national drug will be available for patients in late March.

With the start of manufacturing, 10 of 20 antiretroviral drugs provided by the Unified Health System (SUS) are being manufactured in Brazil, reducing by about 47% the costs to import the medicine until 2015. "In addition to making the medication available to people living with AIDS and hepatitis, it is guaranteed to offer long-term help to reduce external dependence," emphasizes the director of the Department of DST, AIDS and Viral Hepatitis of the Ministry of Health, Dirceu Greco.

In 2010, we invested R$577.6 million to buy antiretroviral drugs and imported U.S. $224.9 million in the manufacturing of domestic ones. Even including the investment with the incorporation and introduction of technology , the initial price of domestic tenofovir is the same paid by SUS in the last international acquisition: R$4.02. By the end of 2011, the Funed will deliver to the Ministry of Health in four steps, 36 million tablets.

From the Portuguese version
Source: SECOM