Could wooly mammoths be brought back? 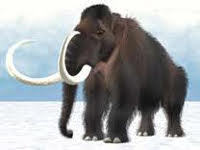 Japanese scientists are hoping to clone a mammoth and effectively bring an extinct animal variety back to life. Such a feat would involve recovering high-quality DNA from the frozen tissue of a mammoth carcass and then inserting it into an egg and placing it in the womb of a living elephant. Is this plan realistic?

Attempting to clone a mammoth isn't a new concept. Researchers in the 1990s started with tissue taken from Siberia's few frozen mammoths. Since the freezing process caused tiny ice crystals to damage the DNA, they were never able to obtain DNA with enough integrity to hold up through the cloning procedures.

However, The Telegraph recently reported that a Japanese biologist discovered a new technique to clone live mice from mouse tissue that had been frozen for 16 years. This technique will now be used in rekindled attempts to clone a mammoth.

If this works, then seeing a living mammoth today would be spectacular. But the success of such a project depends on many factors, two of which have a bearing on elephant origins.

First, the DNA would have to be relatively fresh. If it "survived" the freezing process relatively undamaged, it still would have decayed even when kept below freezing, as laboratory experiments have repeatedly shown.

Thus, the likelihood that the researchers can harvest enough high-quality DNA from a frozen carcass decreases as more time elapses after the host's death. If a scientist ever successfully clones a mammoth, it will be partly because the source DNA was not very old.

The evidence surrounding Siberian mammoths, wooly rhinoceroses, and other animals that are frozen in solid "muck" suggests that they perished in an extensive, cold, post-Flood Ice Age dust storm.3 For example, certain clues point to suffocation as the cause of death. This must have occurred within the last 4,500 years, according to the biblical record. And though a few thousand years are much more than the 16 years involved in the mouse cloning experiment, perhaps there is some viable mammoth DNA left.

Second, cloning a mammoth will require a fully functional adult animal from the same created kind. The presence of many mammoth bones and tusks show that they lived in great numbers in what have since become colder regions. "These mammoth herds descended from those representatives of the 'elephant kind' (including elephants and mastodons) that survived the Flood on Noah's Ark." African, Asian, and Nepalese elephants are the only living varieties, but more varieties lived during the Ice Age.

If a scientist ever successfully clones a mammoth, it will be partly because the mammoth was a variety within the elephant kind, and thus exhibits no evidence of particles-to-people evolution. Animals still exist within the reproductive boundaries of their original created kinds. Such a feat would also show that "ancient" events are not so ancient, since relatively recent DNA would be needed for success.