Mystery of multiple embryos pregnancies never to be unveiled 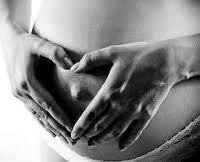 A woman having dwarfism giving birth to a child, multiple embryos pregnancy, premature babies, baby weighing 18 pounds at birth, in-womb surgeries - all these are seemingly impossible "surprises" from mother nature.

Recently the media reported the birth of an 18-pound baby in Khabarovsk, Russia. The news was followed by the one of a woman with pituitary dwarfism who gave birth to a normal child.

Before pregnancy Maria Ukrainets weighed in at 56 pounds, and during pregnancy she gained another nine pounds. She is only 45 inches tall, but was able to give birth to a healthy baby. The girl was born at 18.4 inches and 6.2 pounds. The mother and daughter will soon be discharged from the hospital.

Initially, doctors urged Maria to abandon the idea of having a baby. "When I told my doctors that I was pregnant, they told me I was crazy and that my disease would kill both me and the baby. I was urged to have an abortion. And I thought that if God gave me this pregnancy he would help me to have the baby," the young mother said. The doctors were amaz ed because women diagnosed with pituitary dwarfism rarely get pregnant because due to low growth they do not menstruate. If a pregnancy does happen, due to their height these women are unable to carry the child," says Alexander Paenok, Associate Professor of Obstetrics and Gynecology with the Medical University of Lviv. "The fact that Mary gave birth to a healthy child is a miracle." Incidentally, the young mother had no problems with lactation and was nursing her daughter herself.

Mothers with multiple babies always had hard times, and nothing in their "pregnant life" has changed in our days. These mothers have to rest no less than eight hours during the day time and get submitted to a hospital four months before labor.

A resident of Saudi Arabia was somewhat shocked to learn from doctors about her pregnancy. For many years, the young woman was treated with hormonal therapy for infertility. When she finally became pregnant, doctors told her that if the pregnancy goes well the young mother would give her husband nine twins.

The reasons for multiple embryos pregnancies are still unknown.

Samuel Alexander Armas has his unique story. When he was still an unborn baby at the age of 21 weeks, he was operated by the famous Dr. Bruner. The baby was diagnosed with spina bifida (incurable congenital spine defect, in which a person cannot stand and walk normally). However, surgical intervention at the stage of formation of the spine when the baby is still in the womb can completely eliminate this defect. When Dr. Bruner completed the surgery, little Samuel boy stuck his tiny but fully developed little hand through the incision and firmly grasped the surgeon's finger. Samuel was born completely healthy. Yet, the boy would not have survived if it had not been for the surgery. Both medical and social circles had been discussing this case for a long time: how far can a medical intervention go? One way or another, but little Samuel was born healthy, thanks to the doctor.

The doctors say that they do not interfere, they are just there to help. They are just little God helpers.