A revolution remains to be done 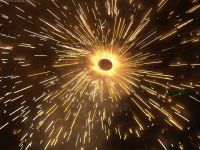 Every civilizational paradigm shift is preceded by a revolution in cosmology (view of the universe and life). The current world came up with the extraordinary revolution that Copernicus and Galileo Galilei introduced to prove that the Earth was not a stable center, but that it revolved around the sun. This generated an enormous crisis in minds and in the Church, because it seemed like everything lost their centrality and value.

But slowly the new cosmology was imposed that essentially lasted until today in schools, businesses and in the reading of the general course of things. It remained, however, within anthropocentrism, the idea that the human remains at the center of everything and things are destined for human pleasure and convenience.

If the earth is not stable, it was thought - the universe, at least, is stable. It would be like an immense bubble within which the stars would move, heaven and all the other things.

Behold, this cosmology began to be surpassed in 1924 when an amateur astronomer, Edwin Hubble, proved that the universe is not stable. He found that all the galaxies and all the heavenly bodies are moving away from each other. The universe, therefore, is not yet steady as Einstein believed. It is expanding in all directions. Its natural state is evolution and not stability.

This finding suggests that everything started from an extremely dense point of matter and energy that suddenly exploded (big bang), giving rise to the current expanding universe. This was proposed in 1927 by the Belgian priest, George Lemaître, the astronomer who was considered enlightening by Einstein and confirmed as a common theory.

In 1965 Arno Penzias and Robert Wilson demonstrated that in all parts of the universe, radiation reaches a minimum, three degrees Kelvin, which would be the last echo of the initial explosion. Analyzing the spectrum of light from the most distant stars, scientists concluded that the explosion occurred some 13.7 billion years ago. There is the age of the universe and our own, because one day we were virtually all joined together there in that tiny point of flame.

By expanding, the universe is self organized, if autocratic, and generates increasing complexities and ever higher orders. It is the remarkable conviction of scientists that when a certain degree of complexity is reached, anywhere, life emerges as a cosmic imperative. So also is consciousness and intelligence. All of us, our ability to love and to invent, our capacity is not outside of the general dynamics of the universe in cosmogony. We are part of this immense whole.

An unfathomable and borderless energy - abyss feeder of everything - sustains and pervades all things by activating the fundamental energies without which nothing can exist.

From this new cosmology, our life, the earth and all beings, our institutions, science, technology, education, arts, philosophies and religions should be resignified. All and everything are emergences of this evolving universe, depending on their initial conditions. It must be understood that within the interior of this lively, intelligent self-organizing universe, it is rising upward toward even higher orders.

This revolution has not yet caused a crisis similar to the sixteenth century, as it has not sufficiently penetrated into the minds of most of humanity, or the intelligentsia, much less in business and government. But it is present in ecological, systemic and holistic thinking, and many educators, the founding paradigm of the new era, ecozoic.

Why is it urgent to incorporate this paradigmatic revolution? Because it is what will provide the theoretical basis needed to solve the current problems of the system, the Earth in accelerated degradation. It allows us to see our interdependence and the mutuality of all beings, formed along with the earth alive in the great cosmic and vital community.

We are the conscious expression of the cosmic process and responsible for this portion of it, the Earth, without which everything we are saying is impossible. Because we do not feel part of the Earth, we are destroying it. The future of the XXI century and all the COPs will depend on the assumption or not of this new cosmology. Actually it alone can save us.

[Leonardo Boff wrote with Mark Hathwaye The Tao of Liberation: exploring the ecology the transformation, NY2010].