Hyped arsenic bacteria research 'should not have been published' 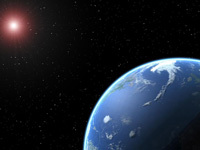 NASA recently issued a series of press releases and arranged a press conference to promote research claiming that life was possible in outer space. However, the research drew heavy criticism from scientists around the world, and the interest-generating tactics that the space agency employed have been called into question.

The study, which appeared in the journal Science, focused on microbes found in a California lake, not in materials from space. The study's authors concluded that certain bacteria could actually incorporate the element arsenic-a well-known poison-into the structure of their DNA molecules. However, critics quickly noted that the testing procedure was flawed. The research results could have come from arsenic that was on or near the DNA, but not in it. It would have been quite simple for the researchers to have "washed" the DNA and then searched for the arsenic in a clean sample of pure DNA-but they didn't.

In addition, "it turns out the NASA scientists were feeding the bacteria salts which they freely admit were contaminated with a tiny amount of phosphate," science writer Carl Zimmer wrote for the online news magazine Slate. This could have supplied the phosphorous the bacteria needed, rather than having it completely replaced by arsenic. The University of Colorado's Shelley Copley added, "This paper should not have been published."

The report in Science did not address the additional conundrum that DNA has physical size constraints on its elemental building blocks. Arsenic atoms are much larger than those of phosphorus and would undoubtedly yield warped and misshapen DNA that would be inaccessible to the many DNA-binding proteins upon which cellular life depends.

The NASA authors have so far refused to engage these issues, pointing to the more proper scientific procedure of publishing in a peer-reviewed journal. Critical letters to Science are currently in the mail.

In the meantime, other scientists are not staying silent. Jonathan Eisen, University of California, Davis genomicist and Academic Editor of the online science journal PLoS Biology, called the NASA authors' lack of response "absurd." He told Slate, "They carried out science by press release and press conference. Whether they were right or not in their claims, they are now hypocritical if they say that the only response should be in the scientific literature."

These events have a familiar tone. When media hyped the fossil primate "Ida" as a "missing link" in human evolution, rebuttals appeared in journals and news stories. Analysis of the details showed that the claim had absolutely no substance. Ida was merely an extinct variety of lemur.

The same can be said of NASA's 1996 work-up of a meteorite, which supposedly contained intact fossils of Martian bacteria.8 A subsequent report from earlier this month, not accompanied by a press conference, demonstrated how these kinds of "fossil" markings are made by ozone gas interacting with minerals.

ICR News has reported that the practice of doing "science" by press release serves an agenda other than presenting scientific data. For instance, since science could not show that the much-hyped "Ardi" was a human ancestor, that message was instead broadcast through the press. And since NASA needed federal funding at the time, the agency promoted the Martian germs.

So, did a press conference substitute for quality science when NASA proclaimed its arsenic bacteria find? Perhaps the government agency needs more public support again. At any rate, these cases and others show that the science often does not match the headlines, and it pays for readers to dig a little deeper.