Origin of life studies cancel each other 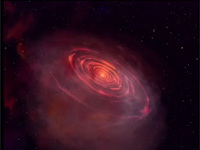 In 2009, Brown University biology professor Ken Miller wrote in the journal New Scientist that "the most profound unsolved problem in biology is the origin of life itself."

Actually, it is not a problem in "biology," but a problem for evolution's anti-supernatural bias. And the problem is not only still unsolved from an evolutionary standpoint, it shows all the signs of being unsolvable by strictly natural means.

Two new studies purport to have made some progress in resolving this dilemma. Ironically, however, they cancel each other out.

Publishing in the Proceedings of the National Academy of Sciences, a research team from the University of North Carolina compared how fast certain essential biochemical reactions occur. Enzymes are tiny biological machines that speed up those reactions-sometimes by a factor of over a thousand-to make cellular life possible. Without the enzymes, a tremendous amount of heat energy would have to be added in order to perform the reactions quickly enough for cells to operate.

The researchers found a trend. The slower the reaction occurs without its enzyme, the more sensitive that reaction is to temperature. In other words, slow reactions can be greatly speeded up by adding heat. This reported trend may be valid or may be partly an artifact of hand-picked reactions. Assuming the trend is real, the study's authors can use it to speculate about "early chemical evolution in a warm environment."

Presumably, if the enzyme had not yet evolved, heat could have sped up the reactions enough to make life work. But the research paper left critical questions unanswered. How could enzymes-which are very finely-tuned tiny machines-have "emerged" or "arisen" by any natural process? The mere need for a machine to "evolve" is an insufficient cause for that machine's existence; it still needs a designer.

But if one supposes that heat could substitute for engineering, then the way is cleared. Unfortunately for naturalism, that way leads to yet another insurmountable hurdle for the origin of life. As indicated by a September 2010 study in Nature Communications, a new online Nature journal, turning up the heat breaks down vital biochemicals.

The Nature authors proposed the idea that ice may have helped enable RNA replication. This unobserved process has been imagined as a possible evolutionary precursor for what is really needed every time a cell divides: DNA replication. They wrote, "Ice not only promotes the activity of an RNA polymerase ribozyme but also protects it from hydrolytic degradation."

"Hydrolytic degradation" of fragile RNA and other biomolecules is slowed by ice precisely because there is less heat. The heat breaks down RNA very quickly.

Neither heat nor cold can help chemicals come to life. Naturalistic origin of life research is more hopeless at finding an answer than it has ever been, especially since the "prebiotic soup" scenario was abandoned. It appears that the fancy phrase "precellular Darwinian evolution" used by the Nature authors is just "spontaneous generation" in new clothes.

The data from origin of life research all point to one clear conclusion: Nature is not enough to produce the conditions, machines, information, or chemicals for a living cell. The solution must therefore be found outside of nature. This scientific inference is also well-supported by Scripture, which says, "For by [God] were all things created, that are in heaven, and that are in earth."