In the equation which constitutes the human being, substance abuse is a constant factor. Bob Ainsworth, the ex-Defence Secretary of the United Kingdom, has caused a great deal of political debate with his claim that drugs should be decriminalized. However, the headlines in many newspapers (wrongly) read "drugs to be legal". This comes in the same week that the UNO published its "Atlas on Substance abuse". What are the options? 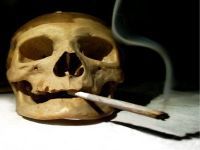 For a start, it is necessary to understand the difference between the legal terms. Legalization is a process in which an act is made legal, meaning that its practice carries no redress to legal process, for whatever reason. A person cannot be arrested, or fined, or jailed for such an act. Decriminalization is something entirely different. A crime is an act which carries a jail term and by decriminalizing an act, it means that its practice will no longer involve a jail sentence, but may involve a fine or some other consequence.

Decriminalization is widely applied these days to actions which do not involve victims: victimless acts, among these being drug consumption.

The next step is to differentiate between the different classes of drugs, and the different types. The notion that there are three classes of drugs, A, B and C, in which Class A is heroin, cocaine (including crack), and other hallucinogens, Class B is cannabis and amphetamines (speed) and Class C is Ketamine, GHB and some tranquilizers and painkillers is so simplistic that it detracts from reality, despite being the basis for definition of the classes in the UK.

The USA has five classes, namely narcotics, depressants, stimulants, hallucinogens, and anabolic steroids. The drugs in each category, as in the case of the UK, are well documented. However, every year new formulas are being invented and new drugs are being produced which circumvent and remain one step ahead of the wording of the new laws.

Indeed, many psychedelic drugs, derived from plants, have been used for centuries. Native Americans have long used cacti containing mescaline, psilocybin mushrooms, ayahuasca, a tea brewed from leaves containing DMT (DiMethylTryptamine) and harmala alkaloids; in the Andes, Coca leaves are available in hotel foyers for visitors to chew to relieve altitude sickness.

What is patently obvious, and something which Bob Ainsworth, now a Labour backbencher in the British Parliament, is that the system we have today does not work. The trafficking of drugs is in the hands of criminals. In the words of the ex-Defence Secretary of the UK, the policy has been "nothing short of a disaster".

As he points out, the drugs policy has been as (un)successful as the laws of Prohibition in the USA: "Prohibition has failed to protect us", he states, claiming that "leaving the drugs market in the hands of criminals causes huge and unnecessary harm to individuals, communities and entire countries...we spend billions of pounds without preventing the wide availability of drugs".

What he says is true. Where has the current policy led our societies? To ever-increasing levels of drug-related violence. True, decriminalisation involves politically sensitive issues such as free distribution of drugs in registered centers and would entail a string of tabloid howlers to whip up public opinion.

However, it would also enable the authorities to wrest the trafficking of many classes of drugs away from the criminal gangs, it would enable them to register a reliable data base which could be interlinked with other nations in a global initiative to attack the chain from grower to trafficker to pusher to user.

It would also enable the healthcare providers to suggest alternatives such as methadone treatment with a view to weaning addicts off harmful substances and back into society. More and more, we see that the drug addict is as much a victim as (s)he is a criminal.

Can anyone say that what we have today actually works?