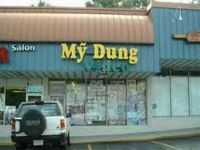 Human feces may have a key role in ensuring food security in the future, helping prevent a sharp fall in wheat production, among other foods, because of the shortage of phosphorus, said the largest organic certification agency in Britain, the Soil Association.

"It is estimated that only 10 percent of the three million tons of phosphorus excreted by the human population worldwide each year are returned to agricultural land," the agency said.

"We are completely unprepared to deal with a shortage of phosphorus, with falling production and rising food prices that will follow after that," said the Soil Association.

Historically, in Europe, the match was returned to the land through the application of animal dung and human excrement. The practice, however, was replaced by the use of phosphates extracted from remote locations since the 19th century.

The report called for a change in EU regulations to authorize the use of treated sewage material, known as biosolids, on lands that are certified organic, subject to appropriate restrictions on issues such as heavy metals.

EU regulations prohibit the use of biosolids on organic agricultural fields, because of concerns about the toxic effects of heavy metals caused by the combination of human feces with other waste products such as industrial effluents.

"The levels of heavy metals have dropped in recent years and are now low enough for the organic movement to reconsider allowing the treated wastewater to be used where it meets strict standards," the report said.

*Chickens produce an average of 14.97 tons of manure each year, fattened cattle 10.59 tons per year and dairy cows 15.24 tons per year34. In comparison, one "animal unit" of humans produces a mere 5.48 tons of waste per year35. *Data from Sustainable Table