Cancun: Please don't give us a repeat of Copenhagen

We shall never forget what happened at the Copenhagen Summit on climate change a year ago, when the richest countries hijacked the proceedings, closing the summit and then secretly re-opening it when many of the delegations had gone home, trying to force through a deal pandering to the needs of the "haves". 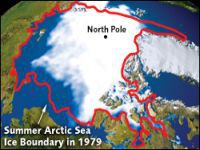 Only through quick thinking and a heroic defence of principles led by Bolivia, Cuba and Venezuela were the interests of the developing countries safeguarded.

Now as the world readies itself for the UN Framework Convention on Climate Change (UNFCCC) in Cancun, Mexico from November 29 to December 10, let us remember what happened last year in Copenhagen: Denmark's abominable handling of the Climate Summit was clear to all: the Nazi-style repression of peaceful demonstrators, the Nazi-style suspension of the Conference on its last day and subsequent re-opening at 3 a.m. of December 19 after many delegations had gone home and not one single concrete step being taken to reduce GEG emissions.

Furthermore, in the sidelines of the Conference, Lars Rasmussen (the Prime Minister of Denmark), the representatives of the 27 EU members and those of the United States of America, had been chiselling out an agreement to which those from the developing countries had been denied access.

For Fidel Castro, in his article The Truth of What Happened at the Copenhagen Summit, "It was an antidemocratic and practically clandestine initiative that disregarded the thousands of representatives of social movements, scientific and religious institutions
and other participants in the Summit".

Then the coup de grace. After many of the delegations had gone home, at 3.00 in the morning of December 19, the Prime Minister of Denmark re-opened the Summit which he chaired, convening a meeting to conclude its works, trying to pass an agreement that had been reached exclusively by the clique of nations centred on the EU-US axis. When this was blocked by Cuba, ALBA and the G-77 countries, the Chair of the meeting then attempted to coerce countries which had been excluded from the secret agreement to sign up to it, trying to pass it off as enjoying widespread acceptance, gaining a legally binding status which would then shape further talks.

However, the developing nations did not accept this imperious imposition from above, conducted in secret, without being presented to the Convention, the kind of anti-democratic skulduggery typical of European Union bureaucrats. Venezuela's Claudia Salerno beat the table so hard during her impassioned delivery that her hand started bleeding. Cuba, Venezuela, Bolivia and the G-77, represented in Copenhagen by Sudan, rendered the attempted climate coup void and left the Putsch of the clique of elitists in tatters. 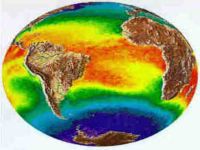 After a heated few hours, they refused to ratify an agreement which would have been the death of Kyoto with nothing to replace it, which allowed for an increase in temperature of 2 per cent (when 1.5 is enough to swamp low-lying countries) and which did nothing towards guaranteeing a 45% reduction in GEG by 2020 and 80 to 90% by 2050.

This is the backdrop to Cancun 2010

The UNO has predictably been making optimistic noises ahead of Cancun, the Assistant Secretary-General for Policy Planning, Robert Orr, declaring that "significant progress is possible" yet he did not expect a "final answer". UN Secretary-General Ban Ki-Moon is urging Governments to press ahead with agreements on which there is a consensus (protection of forests, the creating of a new fund for long-term financing and technology transfer). However, experts are no more optimistic than hoping for some kind of "outcome" rather than a resounding success.

This, while it is obvious that the longer it takes to reach an agreement and implement it, the more harmful effects of human activity on climate change will be.

The theories behind climate change

While there are many who claim that climate change is cyclical, which it no doubt is, in part, the hand of human activity can be seen in graphs which register temperature increase, which follow cycles of approximately 50.000 years, following trends of the Earth's tilt, solar activity and subsequent activity in ocean currents. However, there is a dramatic spike of exponential proportions in the last 200 years, since the advent of the Industrial Revolution, which leaves no doubt as to the influence on the climate through the burning of fossil fuels, deforestation, urbanization and desertification.

The tell-tale signs are there for us to see wherever we turn, whether it be to biology, botany, meteorology, or medicine. The portion of the Northern hemisphere covered by snow and ice has decreased markedly in recent years. Average temperatures in the Arctic are rising faster than anywhere else and the Ward Hunt Ice Shelf, the largest block of ice in the world, 3,000 years old, has cracked through and is starting to disintegrate.

In the USA alone, the area under snow in winter has decreased from 3.43 million square miles to 3.18 million over the last four decades. The depth of snow has decreased by 75% in some areas while plant hardiness zones have shifted northwards since 1990. 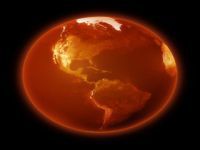 Bird migration routes have also changed, by some 35 miles on average since 1966, with some species moving their wintering grounds northwards by hundreds of miles. As winters become colder, summers become hotter. In the USA alone, around 6,300 people have died of heat-related causes since 1979, while the sea level has risen globally due to the melting solar ice caps, by six tenths of an inch from 1870 and more recently, over an inch per decade. The ocean has also become more acidic, associated with rising levels of CO2, while the surface temperature has shown a significant rise. From 1980, sea temperatures have reported record levels since registers began in the 19th century.

These signs cannot be ignored and unless concrete action is taken, soon, mankind will start to feel the wrath of Mother Nature. What a telling comment it is that the species os so selfish it will only act when it sees its own existence is put in question. By then it may be too late.