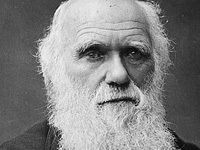 People often wonder how all the varieties or "races" of people could come from the same original human ancestors. Well, in principle, that's no different than asking how children with different color hair ( i.e., blond, brunette, brown, red) can come from the same parents who both have black hair. Just as some individuals today carry genes to produce descendants with different color hair and eyes, humanity's first parents possessed genes to produce all the variety and "races" of men.

Have you ever heard the saying "You can get a pure breed from a mutt but you can't get a mutt from a pure breed?" Well, it's biological truth. Our first parents were genetic mutts because they carried the genes for every variety and race of humans.

You and I today may not carry the genes to produce every variety or race of humans, but our first parents, Adam and Eve, did. Our first parents carried the entire deck of genetic cards. Yes, it's true that all races today carry the same basic genes but no single race today carries every variety of those genes. All pure races came from mutts. That's right. Even pure Aryan Neo-Nazis originally came from mutts! Darwin had taught that the White race was the most highly evolved.

What we call evolution is nothing more than the expression over time of already existing genes. For example, you may be a tall person carrying genes for producing short people that won't show up in your offspring until generations later.

The genes exist in all species for micro-evolution (variation within biological kinds) but not for macro-evolution (variation across biological kinds) as Darwin proposed, and there is no scientific evidence that random genetic mutations caused by unthinking environmental forces such as radiation can or will produce entirely new genes for entirely new traits. Mutations only produce more variations of already existing genes. For example, mutations in the gene(s) for human hair may change the gene(s) so that another type of human hair develops, but it'll still be human hair!

Because mutations are accidents in the genetic code, they are almost always harmful to a species. Most biological variations are because of new combinations of already existing genes and not because of mutations.

Another problem for Darwin's macro-evolutionary theory is the issue of survival of the fittest. How can a partially evolved species be fit for survival? A partially evolved trait or organ that is not complete and fully functioning will be a liability to a species, not a survival asset. Plants and animals in the process of macro-evolution would be unfit for survival. Survival of the fittest is actually the best argument against Darwin's own theory!

Our physical traits and characteristics are determined and passed on by genes - not by what happens to our body parts. For example, if a woman were to lose her finger this wouldn‘t affect how many fingers her baby will have. Changing the color and texture of your hair will not affect the color and texture of your children's hair. Even if an ape's muscles and bones changed so that it could walk upright it still would not be able to pass on this trait to its offspring. Only the changes that occur in the genes (genetic information) of reproductive cells ( i.e. sperm and egg) can be passed on to offspring. That is a simple fact of biology.

Genetic information, like any other information, doesn't happen by chance. That's why we have genetic engineering! It's far more logical to believe that the genetic and biological similarities between all forms of life are because of an original common Designer or Genetic Engineer (God) who designed similar functions for similar purposes in all the various forms of life.

There are excellent articles written by highly qualified scientists refuting Darwin and supporting creation available from the Institute for Creation Research at: http://www.icr.org.

The author, Babu G. Ranganathan, has his bachelor's degree with concentrations in theology and biology and has been recognized for his writings on religion and science in the 24th edition of Marquis "Who's Who In The East".