2010: Poverty continues to cause ill-health

We live in a world in which billions of USD are generated yearly through the sale of weapons systems designed to kill or maim human beings and through the trade in harmful drugs which tear families and lives apart. However, while trillions are found to bail out irresponsible bankers, poverty and ill-health continue to be intrinsically linked, as in Medieval times. 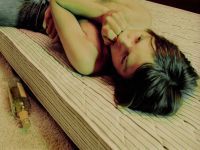 The new report by the United Nations Human Settlements Programme (UN-HABITAT) is called "Hidden Cities: Unmasking and overcoming health inequities in urban settings" and reveals how ill-health and poverty are linked in cities, as a direct result of inept policies which fail to address the reality in the field..

The report was written from a new perspective, aiming to move beyond the focus on average statistics and to identify the hidden pockets of poverty which they often cover. Combining demographic data with new means of analysing trends, the findings of the new report aim to help policy makers spot tendencies and take action, making comparisons not just between cities but crucially, and for the first time, among neighbourhoods in the same city. Subgroups of city dwellers are analysed according to several vectors, namely socio-economic status, neighbourhood of residence and population characteristics, according to the report.

WHO Director-General Dr. Margaret Chan declares that "Averages often hide pockets of disadvantage and poor health, concealing the reality of people's lives. This new analysis uncovers gaps in health and healthcare access across urban populations, and shows city leaders where their efforts should focus".

The report claims that for the Millennium Development Goals to be achieved, urgent action is needed in addressing health inequities, otherwise the MDGs will fail. With half of the world's population now living in cities, "success in reaching MDG targets will depend to a large extent upon achievements among urban populations," continues the report.

For Joan Clos, Executive Director of UN-HABITAT, ""All too often policy makers and planners fail to understand that with the urbanization of poverty, many slum dwellers suffer from an additional urban penalty: they have a higher rate of child mortality, die younger and suffer from more diseases than their more affluent neighbours. To better understand the causes of poor health, the report focuses on several factors including population dynamics, urban governance, the natural and built environment, the social and economic environment, and access to services and health emergency management."

Among the inequities referred to in the report are the following:

Child survival rates in urban areas are higher in cities compared with rural areas, however the poorest city dwellers are twice as likely to die before the age of five when compared with the richest, highlighting the inequality among residents of the same urban centre. The report claims that "Efforts to reduce inequities need to address the entire population, rather than focusing only on the poorest groups".

In urban areas among 44 low and middle-income countries studied, coverage by skilled birth attendants ranged from between 40% to 100%, indicating that household wealth and education levels had a strong impact on inequities in coverage.

Health determinants like access to piped water also showed enormous differences among families in the developing world in Africa, Asia and the Americas, while other factors transcend purely developmental vectors: for example, TB is more common in Japan than in many countries in the developing world. Again, inequities prevail, the incidence rate in some areas of Osaka being 9 times higher than that in other districts of the same city.

In Preston, northern England, UK, life expectancy figures show differences of up to 14.7 years for men and 10 years for women among residents of different areas of the same city.

We live in a world in which billions of USD are generated yearly through the sale of weapons systems designed to kill or maim human beings and through the trade in harmful drugs which tear families and lives apart. However, while trillions are found to bail out irresponsible bankers, poverty and ill-health continue to be intrinsically linked, as in Medieval times.