The International Space Station is ten years old today, November 2. The greatest experimental platform has been inhabited on an ongoing basis since the year 2000, after construction began in 1998 and has been home to 196 cosmonauts from around the world. 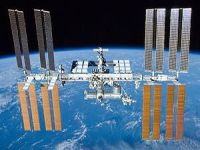 The International Space Station is the fruit of a policy of collaboration after the Space race between the USSR and the USA in the second half of the twentieth century, which saw the Soviets pioneering practically all spheres of space exploration and the USA eventually landing astronauts on the Moon.

Today as friends and not foes, the USA and Russian Federation have been the pioneers behind the International Space Station, which has been home to visitors from Belgium, Brazil, Canada, France, Germany, Italy, Japan, Malaysia, Netherlands, Rep. Korea, Russia, South Africa, Sweden, UK and USA.

The first part to be launched in November 1998 was the Russian module Zarya and the original projection was a two-year construction process followed by ten years of experiments. Nowadays, scientists are prolonging their prognosis for a further ten years, considering that the ISS will be operational at least until 2020, an extension of a decade on the original plan.

In January 1999, the US module Unity was joined to Zarya, being carried by discovery and 18 months later, the Russian habitation module, Zvezda, saw the station take shape. The station began to accommodate space tourists (the first was Dennis Tito in 2001). Over its first decade, the ISS saw over 150 spacewalks, received 67 Russian vehicles to 34 American spaceships and docked with modules from Japan and the European Space Agency.

The plan in the near future is to add modules, creating a living and working space of 1,217 cubic metres. The station's six-man crew conducts experiments in the area of biology, chemistry, medicine, physiology, physics, astronomy and meteorology, as well as testing spacecraft systems for future missions. The ISS orbits at between 278 and 460 kilometres above Earth and travels at an average speed of 27,744 km/h