Fifty years of oral contraceptives: Will men start taking them too? 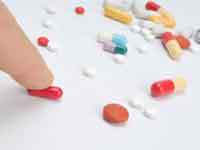 This year, "pregnancy pill" turns 50 years old. But despite the fact that these contraceptives are used by millions of women worldwide, a number of myths and misconceptions about their use still persist. They are either accused of involvement in the development of cancer, heart attacks, strokes, thrombosis, or credited with many useful qualities.

Where is the truth?

Oral contraceptives (OC) are considered to be one of the most reliable methods of protection.

Small doses of hormones are constantly entering the body; they prevent ovulation and fertilization does not occur.

OC prevent unwanted pregnancies in more than 99% of cases, which is not the case even with condoms. That is why in the West pregnancy pills are extremely popular, and in Britain, for example, they are even handed out for free to schoolgirls to prevent teenage pregnancies.

From a statistical perspective, beneficial effects of birth control pills seem to outweigh their negative properties. But this does not mean that a particular person would have the same situation as an abstract character of research.

Hormonal pills still have plenty contra-indications, which can be evaluated only by a gynecologist, and not a pharmacist at a drugstore or best friend. Specialists can usually find a suitable pill, given your age, family history, past illnesses, frequency of sexual activity, peculiarities of the menstrual cycle.

Here are the pros and cons of OC, and the readers will decide for themselves whether they are ready to go to a doctor for a prescription.

-Risk of endometrial cancer is reduced by 50%.

- There may be a slight but still a decrease of the risk of inflammatory diseases of the pelvic organs which can lead to infertility.

- Estrogens contained in OC protect women from the bone loss and, hence, the development of osteoporosis in postmenopausal period.

- Since OC suppress ovulation, they significantly reduce the risk of ectopic pregnancy.

- Acne and seborrhea often disappear because the pill reduces the activity of the sebaceous glands.

- Risk of developing iron deficiency anemia is reduced, as blood loss during menstruation is reduced.

- Long-term use of OC slightly increases risk of breast cancer.

- A small increase in risk of developing liver cancer.

- Women who smoke and those who suffer from hypertension increases face the risk of myocardial infarction and stroke.

- In some cases increased risk of thrombosis and thromboembolism.

- Some women may experience problems with weight gain.

There are still drawbacks. First of all, OC do not protect against sexually transmitted infections. Second, taking these pills should be long-term and regular, which requires considerable care and expense. Perhaps that is why only 7% of Russian women prefer this method.

Contraceptive pill should not be taken with antibiotics and sedatives, as this may reduce the effectiveness of hormonal pill. It is also not advised to combine a course of contraceptives with antidepressants and anticonvulsants.

If you cannot abandon either of them, experts recommend to at least avoid sexual contact during treatment, or to use additional contraception, such as condoms.

A tribute should be given to pharmaceutical companies who have worked to improve oral contraceptives and have ensured that today's pills contain very small amounts of hormones, and therefore are much safer than their predecessors.

Light version of oral contraceptives is mini-pill. They contain only one hormone - progestogen and do not block ovulation completely

Pros: no periods, lower dose of hormones suitable for nursing mothers and smokers over 35 years. Cons: The effect is lower than with OC and they should be taken strictly at the same time.

By the way, to the delight of women, in the future, pharmacies will sell male oral contraceptives. Now, several pharmaceutical laboratories are developing drugs to stop sperm production in men. The miracle pills will not be here any time soon: all the necessary tests will take 5-7 years.