Money is a sexual turn-off: It's official 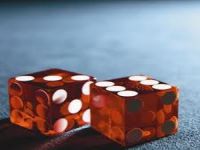 The disassociation between stimuli through erotica and through winning money is made for the first time, and the research team believes this may help to understand addiction to gambling, for instance and may lead scientists to ascertain whether such addictions are due to a dysfunction of certain parts of the brain.