Russia's population that regularly finances all kinds of magicians and healers, received another offer - to save both soul and flesh. This attractive project is called cryonics. Its mission is to preserve the body or the human brain through deep freezing, so in the future it could be restored and revitalized with the technologies yet to be invented. 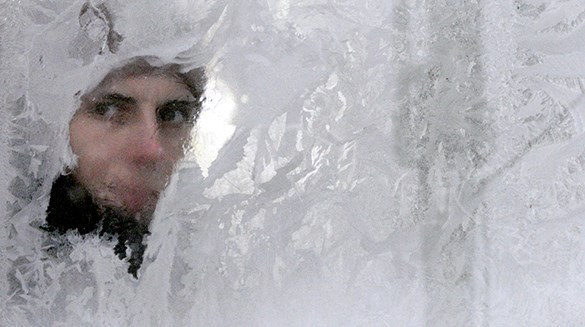 The authorship of this idea is attributed to philosophers-transhumanists. Proponents of this movement believe that in the process of evolution humans will be able to attain physical immortality. In particular, people will start to embed chips and implant microrobots in their bodies that will rejuvenate aging cells, not allowing them to die. They promise that the first such posthumans - hybrids of biological human body and technology – will appear as early as in 2050. But this is, so to speak, a long term plan, and the situation is different now.

Since 2006, a huge hangar in one of the towns of Moscow region has been calling itself a cryostorage. The structure belongs to a certain company that refers to itself as the first cryocompany. The essence of the services offered here is simple. They freeze dead people in capsules filled with liquid nitrogen and store the bodies until scientists can find a way to resurrect the dead and restore the dead tissue. Then the dead will be thawed and a new life will be breathed into them.

The price of such perpetual conservation is 30 thousand dollars for one whole body. But you can save your money and freeze the head only. It will cost 10 thousand dollars. There is also a deal for storing the dead in installments. As the saying goes, all for the convenience of customers.

Of course, the essence of this business looks scary, suspicious and quite implausible. But it is only at first sight, if we do not delve into the theoretical part of the teaching

Traditional medicine knows two types of death, clinical and biological. The first occurs after cardiac arrest and cessation of breathing. A person can be still revived for approximately one hour (although most likely the saved person will not be able to live the life fully). Biological death occurs after the cessation of bioelectrical brain activity (after which the person’s death is documented). However, cryonics recognizes another concept, the so-called informational death when all data is erased on the molecular level.

Proponents of this theory argue that even after the biological death, many human tissues remain viable. The exact time of informational death is unknown as it may happen a couple of hours after the biological death, of a few dozens of hours. The most important thing is to freeze a body as soon as possible to retain the maximum amount of information.

Currently, there are 12 bodies in the Moscow region freezer. The last client has arrived not that long ago, in May of 2010. It was a 72-year-old man who died of a stroke. The youngest of his three daughters decided to save her father so he could see the future. Other relatives were not very enthusiastic about the idea of cryostorage, but soon agreed because they could not come up with strong arguments against it. Transportation of the body to cryostorage took almost two days. And here a legitimate question arises: what about the timing of informational death? Does this look like the first cryocompany is fooling its clients?

Many doctors are also skeptical about the prospect of miraculous resurrections. The fact is that within 5 minutes after brain death, the brain structure starts to die out. The blood flow stops, brain cells do not receive oxygen, and irreversible processes begin. And when the brain dies, its recovery is impossible.

As a result, if it would be possible to “restart” the body, and breathe life into it, it is virtually impossible to show the world an individual identical to the deceased (with the same abilities, memory, and experience). This attempt is as absurd as the belief that a cherry pit can grow exactly the cherry tree that gave birth to the pit.

In general, in recent years experts have been reluctant to discuss the ambiguous topic of cryonics. Yes, the idea is there. But it is unclear how its implementation should be approached. We are not even talking about further possibilities of body resurrection. First, modern science has to develop at least an algorithm for this procedure.

Even if we assume that, contrary to the opinion of scientists, the resurrection is possible, it is easy to imagine what kind of difficulties the defrosted people will face. All their property by the time will be inherited, and it is not certain that the appearance of an unknown relative will make their distant posterity happy. The time travelers will not have necessary life skills. The most realistic prospect for them is to become beggars in a totally unrecognizable world with the changed language, laws, and borders. Who wants to embrace such a highly dubious immortality?

But disappointing arguments of scientists and sociologists do not prevent people from believing in “eternal life.” In the U.S., where experiments on the placement of the dead in a capsule filled with liquid nitrogen were started about forty years ago, cryostorages are as common as supermarkets. Americans who feel the approaching death move closer to these “cold spots” to be immediately frozen after death. Well, it is their right to transform their lives in a tranquil vacation trip organized by some world-renowned agency.