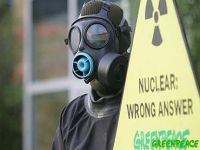 The successive and increasingly frequent occurrences of environmental disasters caused by human activities deserves our utmost attention. Leading us to necessarily suspect that we should have credible and foolproof trials before accepting assertions regarding existing technologies.

The most striking example is the disaster caused by the explosion and sinking of the Deepwater Horizon oil exploration platform by British Petroleum (BP) which happened last April 20, and which day after day has reached catastrophic proportions. The numbers are quite controversial, but the oil spill may have reached 1 million barrels to values exceeding 170 million barrels. It is indeed an environmental tragedy of gigantic proportions, and which also began as a human tragedy with the death of 11 workers when the explosion of the platform happened. Without doubt, this tragedy has become one of the worst environmental disasters of humanity.

The recent example of this tragedy in the Gulf of Mexico led to a valuable discussion of another issue where the argument is repeated: nuclear power. We are told that some technological advances have removed the dangers of this source of energy production, and even assert that the risk is zero or practically nonexistent. But as we see, this talk is suspect because they try to defend something indefensible.

Even without having to resort to arguments of the high cost of nuclear energy, the inability to treat waste produced (the so-called "nuclear waste") and emissions of greenhouse gases during the production cycle (from uranium mining, the transportation, enrichment, and subsequent removal of the central processing and containment of radioactive wastes), the discussion is now moving to some examples that we will explore.

This disastrous oil spill accident has shown us that scientific and technological development in various areas is not foolproof and, secondly, showed the enormous human weakness before the forces of nature. The question then cannot silence concerns about the limits that should be respected in the development of technologies that involve very serious risks.

Currently it appears that peremptory statements are made that nuclear plants have a high degree of technological excellence, as the main factor of ensuring security and increased reliability. There is an attempt to reassure people, saying that the technological developments of the last 30 years have led nuclear plants to modernize and be virtually immune against injury.

"Zero risk" is mentioned in the speeches about the new plants already in operation, the so-called 4th generation. In these plants, they say that when operational failures occur, they are corrected, leading to a safer condition than the previous one, that is, correction of faults occurs automatically, without necessarily requiring the intervention of operators. As if this was enough and sufficient to prevent accidents.

Nodoubtthe safety of nuclear plants has had major advances, but their relative control is susceptible to human factors. We cannot erase the files from memory of nuclear accidents in recent years.

The nuclear accident at Chernobyl on April 26, 1986 is symbolic. One of the reactors at the plant suffered a steam explosion, causing a fire. Several explosions took place and ended up with the melting of the reactor core. It produced a cloud of radioactivity that reached throughout the Soviet Union, Eastern Europe, Scandinavia and parts of the UK.

The contamination was 400 times greater than the Hiroshima bomb. Thousands of people died or became seriously ill after the accident and over two hundred thousand people were evacuated from their homes. Since pollution from radiation does cause cancer in many people, it is difficult to estimate the number of deaths as a result of the accident. It is believed that 4000 people died from related diseases. Altogether, 47 workers directly died in the accident and nine children had thyroid cancer.

With respect to the worst nuclear accident in history, some even claim that Chernobyl was more of an accident of the former Soviet Union than it was a nuclear accident. It is a total fallacy from those who advocate the use of nuclear energy to produce electricity. They argue that the model of the Chernobyl plant had safety standards lower than those of Western plants, and that contingency plans that exist today are becoming more efficient and eliminate hazards on the scale of Chernobyl.

What we take into account is what experts say, who do not deny that there is danger in the nucleoelectrical plants, and not the advocates of nuclear technology, saying that the improvements made in the design of plants and technological advances, coupled with the further training of operators, virtually guarantee that the chance of accidents can be excluded from the practical point of view. They downplay the possibility of accidents using numbers from probabilistic safety analysis, and so compare how on the same magnitude, the odds of a major large release of radioactive material in a nuclear plant, is on par with the probability of a comet hitting the Earth.

We cannot believe those who tell us that nuclear technology has matured and is infallible, because we realize that this argument is simply used as a mere rhetorical device, trying to hide the real dangers. It is unacceptable to even consider the statistics that indicate that the risk is minimal. This was also the least possibility of the existence of an explosion at BP's platform, or the eruption of the Icelandic volcano, or any earthquakes that we know. But the truth is that these problems happened with a very high price to pay for them.

The arbitrariness with which "natural" events are occurring with increasing frequency shows that we cannot afford any risk associated with nuclear plants, a great catastrophe can bequeath to all humanity tied to the power plants, potential economic, environmental and social consequences that such accidents occurring would cause. It is necessary to repeat that Brazil does not need nuclear power plants.