Japanese Robots To Build Station for Human on Moon by 2020

Japan has developed a strategy of the national space mission. The new strategy stipulates the landing of robots on the Moon by 2020. The robots will build an unmanned station on the south pole of Earth’s satellite. The station will be functioning automatically to generate power for equipment. A wheeled rover is to land on the Moon already in 2015. 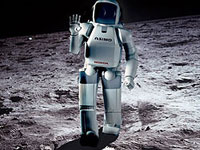 Japanese Robots To Build Station for Human on Moon by 2020

Japan ’s Yomiuri newspaper wrote that the total amount of investments in the lunar project was evaluated at 200 billion yens ($2.2 billion). Japan had to considerably cut the budget of the program because of the financial crisis.

The program to explore the lunar surface is divided into two parts. A wheeled rover equipped with a seismograph will be launched to the moon before 2015. The rover will analyze the inner structure of the moon and will transmit image and video files to Earth.

The lunar base will be built and equipped during the next five years. The base will allow to supervise a group of lunar robots within the radius of 100 kilometers.

The construction of Japan’s first base on the moon will mark a new step on the way to new technologies in the field of space exploration.

Japanese scientists said that the robotic devices would be able to generate electric power autonomously.

It is worthy of note that India and China have recently been promoting their own programs of space exploration too. Therefore, Japan tries to keep leadership in the field of peaceful exploration of Earth’s satellite.

Viktor Kirichenko of Russia’s Institute for Robotic Science and Engineering Cybernetics said in an interview with Pravda.Ru that the robotic exploration of the solar system planets and the Moon was one of the top priorities in the development of space robotic science.

“The goals, which can be achieved in this direction, can be divided in three groups. The first one is connected with autonomous surface research robots. Such robots will provide information about the structure of the surface of a celestial body, the availability of mineral resources, climate conditions and other natural factors which can be very important for would-be manned missions.

“The robots will act like reconnaissance men who will help humans understand the nature of a planet. The second group is the robots designed to create and maintain objects of on-planet infrastructure. Mobile robotic devices equipped with mechanic arms and visual facilities will be able to conduct a whole range of works to build power-generating stations complete with communication and life support systems for humans an many other things.

“The third group is helper robots who will deal with routine operations to maintain the planetary base and provide everything else that humans may need there,” the scientist said.