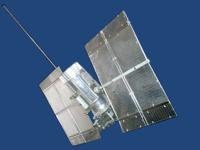 "The Glonass," created during the Cold War, is nearing completion, Russia sees a chance for uses such as setting up joint monitoring of roads and urban transport; a signal that promises more "openness." The Russian alternative to GPS (Global Positioning System), which was abandoned with the end of the Cold War and is now reemerging from the ashes, was presented to Brazilian entrepreneurs as an opportunity for new business at a meeting organized yesterday by the space agencies of Brazil and Russia.

The Glonass already has 21 of its 24 planned satellites in operation and should arrive later this year with almost full capacity operation. The delegation of Roscosmos (the Russian agency) argued during the meeting in Sao Paulo that there is room for cooperation with Brazilian companies in the creation of system applications, such as monitoring of roads, urban traffic control and optimization of emergency service.

"In Russia, collaborations with industry are, at best, PPPs [public-private partnerships]," says Raimundo Mussi, scientific and technical coordinator of the AEB (Brazilian Space Agency). "Here, their chance to work with the private sector will be worth much more, and our companies have qualifications for it" says Mussi.

Although GPS is established and widely used worldwide, there are strategic arguments for not excluding the use of alternative systems such as the European Galileo and Glonass (this still relatively early, and should only come into operation from 2014). "In the case of GPS, we have the key," Mussi said, referring to the fact that it is being managed by the U.S. military, and the U.S. system can, in theory, be changed because of military needs.

"During the invasion of Iraq, it was possible to experience problems with GPS," recalls Cileneu Nunes, company representative of the tracking company Zatix, who attended the meeting and said he was "impressed" with the Russian proposals.

"I was in Moscow three years ago, when the system was still very raw. They have advanced much," said Nunes.

In an attempt to make the system more seductive, the Russians also plan to offer free, the most refined, accurate tracking resolution, the in the scale of tenths (tenths of a meter). "It cannot make a difference on a road, but would make a difference for you to park, for example," says Mussi. He said the GPS does not release this accuracy for civilian use, and the Europeans plan to do so only for users who pay.

Also, having systems that "talk" over a network of navigation "improves reliability, because more satellites "see you," recalls Walter Fernando, the ITA (Aeronautics Technological Institute).

Gilberto Camara, director of National Institute for Space Research, says he believes there is low chance that restrictions arise on the use of the GPS signal to Brazil." It is also necessary to remember that technologies such as smartphones come from the U.S. and use GPS. Thus, the development of new products with Glonass would need to take this into account," says Câmara.