Man continues to unravel mysteries of the universe, the macro and the micro worlds. Modern science has achieved incredible progress in many fields, but it seems that a human being still remains the biggest mystery of all. 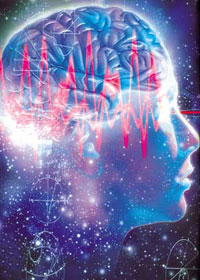 The human brain is an extremely complicated organ. Scientists are only about to unravel just a few of its functions. It seems that the keys to these mysteries are not going to be found soon.

If you ask a group of people, where their dreams come from, you will most likely hear a variety of theories. It will not mean that those people never follow any news in the world of science. Scientists simply do not know anything about the nature of dreams. No one knows where dreams come from and how they appear. One of the theories says that the human body checks connections in the brain during sleep, which produces images in the head of a sleeping person. Other scientists say that when a person sleeps, the brain processes the information, which it failed to process during the day. We only know that people see dreams only during the Rapid Eye Movement phase.

A human being sleeps a lot. We spend a third of our lives sleeping. Scientists do not know exactly why people need to sleep. It is only known that sleeping is vital for the survival of mammals. If a human is deprived of sleep for a long time, he or she may develop depression, hallucination and a whole bouquet of diseases. A lethal outcome is also possible.

Scientists believe that the body rests and saves energy during the slow stage of sleep and organizes memories and moves them from short-term to long-term memory during the rapid stage. None of these suppositions has been proved , though.

About 80 percent of people with amputated limbs say that they can receive sensations from non-existent limbs. The sensations vary from the feeling of warmth to pressure, itching and even pain. Scientists believe that the nerves, which were cut during amputations, create new connections and transmit signals as if the limbs are still there. Another theory says that the brain has its own map of the body regardless of nerve endings and continues to work with the map even a person loses their limbs.

Some things are easy to remember, whereas others require a great effort to be memorized. Everyone is familiar with this phenomenon . Why is it so ? Scientists use state-of-the-at technology to unravel secrets of mechanisms which create and store memories.

Laughter is one of the most mysterious demonstrations of human behavior. Sincere laughter activates three areas of the brain: the cognitive area – to understand a joke; the area of movement – to control facial muscles; the emotional area – to produce the effect of happiness. However, some people laugh at street and toilet style jokes, whereas others giggle when they watch a horror film – scientists do not know why it happens. All we know is the fact that laughter makes a person feel a lot better.

Eternal life is a very attractive idea, of course. A human being is born having a remarkable set of mechanisms capable of fighting infections and traumas. However , these mechanisms stop working as years go by. Various theories explaining the phenomenon of aging can be divided into two groups: 1) aging is programmed genetically; 2) aging does not have any goal – the process takes place as cells deteriorate. Many scientists say, though, that man will soon learn how to prolong human life, at least twice.

When you wake up in the morning you see that the sun is shining and you hear birds singing – you become a happier person in a way. In other words – you are conscious. No one knows what consciousness is and how it is created. Scientists have been trying to find an answer to this question from time immemorial. No one knows how the brain produces subjective sensations that are unique for every person.