Haiti: The U.S. Created the Earthquake in Haiti?

The Russian Navy reports that the U.S. created the earthquake in Haiti 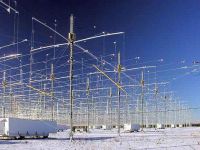 Haiti: The U.S. Created the Earthquake in Haiti?

The Russian Northern Fleet indicates that the earthquake that devastated Haiti was clearly the result of a test by the U.S. Navy through one of its earthquake weapons and drew up a diagram of linear succession in relation to earthquakes reported to have occurred by chance to the same depth in Venezuela and Honduras.

The Northern Fleet has been monitoring the movements and activities of U.S. Marines in the Caribbean since 2008 when the Americans announced their intention to reestablish the Fourth Fleet, which was disbanded in 1950, and that Russia responded a year later, with the Fleet led by the nuclear-powered cruiser Peter the Great "by starting its first exercises in this region since the end of the Cold War.”

Since the end of the decade of the 70's in the last century, the U.S. "advanced a lot" in the state of its earthquake weapons and, according to these reports, they now use equipment with Pulse, Plasma and Tesla Electromagnetic and Sonic technology together with "shock wave bombs."

The report also compares the experiences of these two earthquake weapons of the U.S. Navy last week, when the test in the Pacific caused an earthquake of magnitude 6.5 to strike in the area around the town of Eureka, Calif., causing no casualties. But the test in the Caribbean caused the death of at least 140 thousand innocent people.

According to the report, it is "more than likely" that the U.S. Navy had "full knowledge" of the catastrophic damage that this test earthquake could potentially have on Haiti and had pre-positioned its Deputy Commander of the Southern Command, General PK Keen, on the island to oversee aid work if needed.

As regards the final result of the tests of these weapons, the report warns that there is a U.S. plan to destroy Iran through a series of earthquakes designed to overthrow its current Islamic regime. Additionally, according to the report, the system being tested by the USA (HAARP Project) would also create anomalies in the climate causing floods, droughts and hurricanes.

According to another report, coincidentally, facts exist establishing that the earthquake in Sichuan, China on 12 May 2008, a magnitude 7.8 on the Richter scale, was also caused by HAARP radio frequencies. It can be observed that there is a correlation between seismic activity and the ionosphere, through the control of Radio Frequencies Induced by force fields, which is a HAARP feature, and it can be concluded that:

1 .- Earthquakes identical in depth and linearly on the same fault are caused by induced frequency linear projection.

3. A diagram shows that earthquakes considered to be artificial propagate linearly at the same depth.

The rest of the aftershocks occurred at depths close to 10 km.

Soon after the earthquake, the Pentagon said the hospital ship USS Comfort, which was docked in Baltimore, summoned its crew and sailed to Haiti, despite the fact that several days would elapse before arrival in Haiti. Nevertheless, Navy Admiral Mike Mullen, Chairman of the Joint Chiefs of Staff, said the U.S. armed forces were preparing an emergency response to the disaster.

General Douglas Fraser, Commander-in-Chief of USSSOUTHCOM, said that Coast Guard and U.S. Navy vessels in the region were sent to offer help even if they had limited resources and helicopters.

The aircraft carrier USS Carl Vinson was sent from the naval base at Norfolk, Virginia, with a complete consignment of aircraft and helicopters. It arrived in Haiti early on the afternoon of January 14. Other additional groups of helicopters will attach with the Carl Vinson, said Fraser.

The U.S. Agency for International Development (USAID), operated in Haiti before the earthquake. President Obama was informed of the earthquake at 17.52 on January 12 and asked his staff to ensure that embassy officials were safe and began preparations to provide needed humanitarian assistance.

According to the Russian report, the State Department, USAID and the U.S. Southern Command began its work of "humanitarian invasion" by sending at least 10,000 soldiers and contractors, to control Haitian territory, rather than the UN, after the devastating "experimental earthquake."

Author`s name Oksana Orlovskaya
*
15:58
Merkel's remarks about Minsk Agreements were 'petty and disgusting' – Lukashenko
15:02
Viktor Bout says he did not come across Russophobia in US prisons
12:02
Massive fire burns OBI hypermarket at Mega Khimki Shopping Mall to the ground
16:48
US basketball player Brittney Griner exchanged for Russian entrepreneur Viktor Bout
16:31
Zelensky believes Ukraine conflict may end in 2023
20:46
The West is expecting, but not pressing Russia-Ukraine talks
18:27
Putin: The threat of the nuclear war is rising, why deny it
17:17
Ukraine modenises Soviet Tu-141 Strizh drones
15:24
Ukrainian combat drones capable of flying at speed of sound may strike Siberia
14:35
Russian Army continues successful offensive in Krasny Lyman direction
Polish writer shocked to find out Russians will not rise to topple Putin