Mankind To Kill Earth Long Before Sun Goes Out

Earth-like planets are beautiful because they contain life, green forests, the exuberance of fauna. Earth and life are, say physicists, very high improbabilities that worked, the present design, the great master that governs the universe. 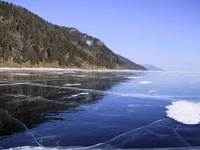 Mankind To Kill Earth Long Before Sun Goes Out

While Saturn, seen from afar, is the jewel of the solar system, with its rings decorating it, is an arid world like Mars and other planets that spacecraft from NASA, ESA, and JAXA (American space agencies, European and Japanese) have visited. Of the about 400 extrasolar planets that have been identified, none has the conditions to sustain life - although they may have had life in the past. The magnificent space telescopes now observe the universe in its infancy, almost 14 billion years back.

Seeing light at frequencies of various wave lengths, above and below the light visible to the human eye, telescopes Hubble, Chandra, Wise, Fermi, Hollow (Orbital Carbon Observatory), the ACRIMSAT, ten years ago, measures the solar activity on the Earth and orbiting satellites that photograph the earth's surface in unprecedented detail and show the chaos, the beauty and vastness, but it also brought clues to extraterrestrial life.

For the time being it is worthwhile considering that life is something exceptional, an accident along the way, an opera prima of chance. And without any doubt it is a gift; maybe not deserved though. Those sceptical to the greenhouse effect may indeed be right and all those points against and common sense, are indispensable to take into consideration in the quest for the truth. However, photos from the satellites Geo-1, Earth and others have given undeniable support to those who claim the ice caps are shrinking, that the Namibian Desert (the oldest in the world) is moving, photos which reveal the devastation of tropical forests in Indonesia and the DR Congo, not to mention as always the Amazon.

Lake Baikal, in Siberia, contains the greatest concentration of pure water in the world – 20% - and the biodiversity of its ecosystem will not survive a two-degree increase in temperature. We fight for our very survival, we do not fight simply to live. We give value to power, although it is always ruled by the unthinkable. We no longer believe in climate summits, mere fashion parades of vanity and political self-promotion. Mexico, 2010, COP 16, in a year ’ s time; why such a hurry? We know the result beforehand. Jorge Monbiot, a British environmentalist, coined a phrase which describes the enormous lie which covers the small and powerful truth: "Growth is the magic formula which allows our conflicts to remain without a solution." Yet this recipe of the euphemism “ sustainable growth ” is a remedy with a sell-by date slapped on it.

The economic model in vogue today is that of continuous growth and coming back to Monbiot, this does not go hand-in-hand with a finite planet. Renewable, yes. But at the price of indispensable pauses. Our leaders, worried about economic growth, lead us towards chaos – besides, this will be inevitable in a few billion years, when the Sun becomes a red giant and its nuclear fuel becomes extinguished. The Sun will decree the extinction of the Earth but Mankind can determine the end of life far before this happens. The astronomer who sees the wonderful advantage of a stellar breeding ground, with proto-planetary discs, may not be that worried. He certainly gives guffaws of laughter when he confirms the stupidity of the human being, seeing the greed and the short-sightedness of Man confronted with the generosity and beauty of Earth. It is an undeserved gift, for it is badly treated.

© Luiz Leitão
[email protected]
For the Portuguese Version of PRAVDA.Ru

Translated from the Portuguese by
Lisa KARPOVA
PRAVDA.Ru