70% of Internet sites are readable only in English, yet only 35% of users are native English speakers. 4% of the world’s population speaks 96% of the world’s 7,000 languages. 50% of these are expected to die by the year 2100. How can the Internet bridge the digital divide, protect linguistic inheritance and make its use more democratic? 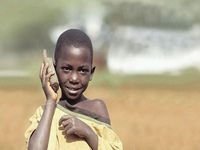 The fact that nearly three-quarters of Internet sites are English-only has an enormous impact on who is able, or not, to take full advantage of the web as a resource, dictating who is a “have” and who is a “have not”, creating a digital divide.

Not only a digital divide, a financial and economic one as well, since 66% of English Internet sites are dedicated to e-commerce, translated into 2.4 trillion USD. Those who can do, speak English. Those who cannot, do not.

Speaking at the Second Global Seminar on Linguistic Diversity, Globalization and Development in Sao Paulo, Brazil, Kiyo Akasaka, UN Under-Secretary-General for Communications and Public Information stated yesterday that “Creating content in local languages is, and will be, as important as enabling connectivity in order to be able to reach and engage peoples worldwide, whether in economic, political or scientific initiatives”.

70% of Internet sites are readable only in English, yet only 35% of users are native English speakers. 4% of the world’s population speaks 96% of the world’s languages. 50% of these are expected to die out by the year 2100. Therefore greater linguistic accessibility will not only promote the protection of linguistic inheritance through fostering linguistic diversity but it will also make the Net more democratic and less dominated by the Anglo-Saxonic cultural vector.

Promoting multilingualism at the supra-national and national levels

The UNO intends to promote multilingualism on the Net in a variety of ways. Firstly, the Organization has increased its exposure from the six official languages (Arabic, Mandarin Chinese, English, French, Russian and Spanish) to include Kiswahili (one of the world’s fastest growing languages) and Portuguese in daily broadcasts, and Bangla, Hindi, Bahasi, Urdu and French Creole in weekly bulletins.

Kiyo Akasaka considers that Governments can also do a lot to help at the national level: “Governments need to raise awareness of the importance of generating information in local languages to encourage greater multilingual content and use”. For the UN Under-Secretary-General, they can also pass legislation which protects languages, “calling for the removal of political or other impediments to content on the Internet”.

Finally, the media, especially the online media, must be a tool which fights in the front line, promoting linguistic diversity by publishing in a multitude of languages (especially the dying ones), providing interesting educational resources which will attract readers (games, quizzes), and enhancing e-tools. Among these could be real-time translation tools for internet forums and chat rooms, ensuring that anyone can communicate with everyone in real time.

This is the challenge, this is the future and this will not only bridge the digital divide but will also protect humanity’s heritage.

The challenge is great. Among the 2,000 languages spoken in Africa, several are as yet unclassified, others are sign languages classed as language isolates, while others are whistled so as to communicate over long distances. These would have to be converted to formats recognised by IT.

The point is, if our generations do not do something about it, the digital divide will continue to grow, cultural imperialism will continue to destroy instead of nurture and so many languages and cultures will be indelibly lost. Mankind must have reached a stage where such a scenario is impossible to contemplate.