Now Vodka Can Be Consumed as Food

Yevgeny Moskalev, a resident of Saint Petersburg, invented a technique that allows turning alcohol into powder. The good news is that the new technique allows doing it to any kind of alcohol, including whisky, cognac, wine and beer. 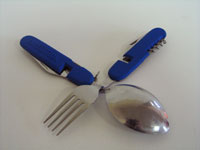 Now Vodka Can Be Consumed as Food

Yevgeny Moskalev, professor of Saint Petersburg Technological University, had his own reasons for the invention. In Soviet times, the scientist used to work for the defense industry and during perestroika he had to start freelancing.

“We made powder glues, worked with resins, and once we were asked to invent a device for capsulation. We assembled the device but the client never paid. We would have given up, but an accident helped us. One company had to capsulate water- and spirit- based extract of an animal medication. Animals do not like the smell of spirit and in a capsule form it could be added to their food. As a result, we developed a technology that allowed us to turn any solution into powder,” the scientist said.

The technology was tested on 96% spirit, and the know-how was patented. Moskalev learned to “can” ethanol drops into capsules. He does it by adding alcohol into melted wax in the process of mixing. Then the solution is dissipated, drops of wax harden and retain spirit molecules inside. This is how the idea of the experiment with Russian favorite drink was born. The powder version of vodka became popular since it was easier to carry and harder to break. “Dry” vodka can be wrapped in paper and carried around in a pocket or a bag. Vodka in a form of a pill would come handy at partiers when “consumers” would be able to calculate their exact required dosage. Yet, no vodka pills should be expected in near future.

“Unfortunately, spirit can be only retained in capsules made of stearic acid, so powdered vodka tastes like a candle. Generally, an unpleasant taste could be easily removed with flavoring agents. To be honest, I did not like vodka in pills. It is much better to eat it with a dessert spoon, although you can’t eat more than three or four spoons and the effect is weak. So, vodka is best consumed the old way,” the scientist explained.

Moskalev himself prefers the classic scheme – a shot glass and a pickle to chase it with. Yet, he understands that powdered alcohol could be interesting for bakers who have to use it for baked goods and ice cream all the time. The method can be also favored by pharmacists because it allows getting the exact dosage.

We already wrote that the British invented “carbonated vodka.” The process took them 18 months. This vodka is sold in Europe, so Russian tourists will be able to toast with sparkling vodka instead of champagne. However, they should be careful as the effect can surpass all expectations.