For the first time computer safety experts encountered a new modification of a Trojan virus capable of sending its owner a PC user’s data in real time. Hackers use the same connection protocols as Internet pagers. Pravda.ru interviewed Alexander Volkov, a computer safety expert, about the attack that should not have happened. 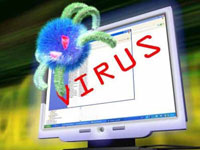 An American construction company in California fell the first victim of the new virus. Using the Trojan hackers managed to get access to the businessmen’s bank accounts. Right in front of the staff’s eyes, the money disappeared from the company bank account within a minute.

To break in, an intruder would have to have enough time to guess the combination, from several minutes to several days. This is why it was believed that constant change of passwords guarantees the safety of accounts.

New harmful program does not try to guess the correct password. Instead, it reads the combination of pressed keys while the password is entered and transfers this data to the swindlers. All they have to do is to enter the stolen password. Then they have full access to the system, which enables them to make transactions, control the balance and change account settings.

After this incident, security firms and companies providing computer secrecy had to reconsider their attitude towards the ways of identification of bank system users. There were numerous discussions about one-time passwords being a weak link in the safety chain, but the California incident was the first real case of such an attack.

“Currently there is only one way to protect yourself from cybercriminals – not to use the Internet for storing important data or making serious transactions. Remote access to bank and other accounts containing private or secret information only seems to be a great novelty.

"In reality, these systems cannot provide users with adequate defense. There are numerous services and identification methods that provide high level safety. But their hacking is only a matter of time. Cybercriminals might not be interested in them at the moment or they are yet a hard nut to crack.

"Most hackings are now automated, and all procedures are performed by botnets, infranets containing zombie computers. Hackers are not interested in gaining access to a specific bank or database, they try to get in anywhere they can by casting a huge net in a hope of getting something really valuable.

"This is why we can’t talk about safety in the Global Net. All Internet users are potential victims, even if they don’t notice it. Ideal protection from such incidents does not yet exist.

"As for the incident with the California-based company, it will undoubtedly make everyone who deals with computer safety to take another look at the problem and search for new original solutions. The issue of creating a new principal of Net building may be raised again,” the expert said.