The general public learned about the phenomenon of savants for the first time in 1988, after the first run of the film “Rain Man” starring Dustin Hoffman. The film tells a touching story of Raymond Babbitt, a person with mental problems, who could make complicated arithmetic calculations in his head. At the same time the man behaves like a 5-year-old boy, who cannot do the shopping, cross the road or drive a car. 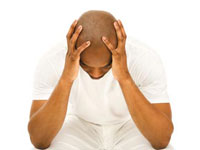 Scientists all over the world have been exploring the rain man phenomenon for decades. Researchers define the savant syndrome as a rare condition in which individuals with developmental disorders have one or more areas of expertise, ability or brilliance.

Savantism is an extremely rare phenomenon. For the moment being, savants account for about 50 persons around the world. Fewer than one hundred had been noted in more than a century of literature on the subject. Quite often Savantism is accompanied by autism, though it can also be the consequence of brain injury. All people with savant syndrome have an amazing memory, exceptional mathematical, startling artistic or musical abilities.

A person with savant syndrome is able to do complex mathematical calculations in their head, to memorize several encyclopedic volumes, to repeat a once heard lecture word by word, to tell what day of week any date is. Some savants know dozens of languages. Ordinary people find it incredible how savants can memorize all this information.

The most famous savants nowadays are:

Kim Peek was born on November 11, 1951 in Salt Lake City. He was 35 when he detected that he could memorize a lot of various of information and tell what day of the week any date is. Up to date he has read 9,000 volumes of special literature including railway schedules all over the world and phone and address directories of several American cities. Moreover, he is able to reproduce those books from memory. However, he is unable to quote fiction. NASA studies Peek’s abilities.

Kim Peek was used as the prototype for the 1988 fictional film Rain Man.

A Scottish artist Richard Wawro was born in Newport-on-Tay in 1952. The boy could not learn how to speak until the age of 11. He required surgery for cataracts on both eyes during childhood. Richard began drawing on a chalkboard at about age 3. One of his exhibitions was opened by Margaret Thatcher when she served as the minister of education. She owns several of his pictures and so did the late Pope John Paul II. Like other savants Richard had a phenomenal memory. He used no models for his drawings, but drew from images seen only once, on television or in a book at one of the bookshops he loved to visit. Richard remembered where he drew each picture and had each of them precisely dated in his mind. The artist died of lung cancer at age 54.

An outstanding musician Derek Paravicini was born prematurely, at 25 weeks, on July 26, 1979. The premature birth affected his developing brain, resulting in his disability to learn. His blindness was caused by oxygen therapy given during his time in a neonatal intensive care unit. However, he also has absolute pitch and can play a piece of music after hearing it once. He began playing the piano when he was a four-year-old boy. At the age of nine, Paravicini had his first major public concert at the Barbican Hall in London when he played with the Royal Philharmonic Orchestra. Nevertheless, Paravicini has a mind of a four-year-old boy. He is unable to eat and dress himself without help.

Bob Petrella, 58, is only the fourth person in the United States discovered to have what has been described as a super-autobiographical memory. Give him a date or event, and he is likely to remember it. It is officially recognized that this man forgets nothing.

Modern science is unable to explain the savant syndrome phenomenon. Scientists can only set forth their theories and study brain structure peculiarities of such individuals.

Doctors have managed to discover that the autists with super memory have bigger brain fragments than ordinary people do. Doctors also found that Kim Peek’s brain spheres were not separated.

A famous American psychiatrist, Darold A. Treffert, contributed greatly to the exploration of the phenomenon. However, the phenomenon is still a secret to everyone.