Chinese physicists developed the theoretical basis of a new technology that would allow to transform objects from one into another. The article of the scientists describing the process of transformation of one object into another was published in Physical Review Letters Magazine. The summary of their work appeared in New Scientist. 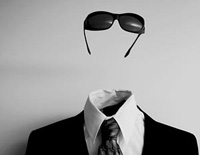 The appearance of an optical illusion is based on the use of metamaterials, the properties of which depend on the structure, but not on the chemical composition. The materials bend light rays. For example, the metamaterials with the negative refraction in optical frequencies can make an object behind the materials or near them invisible.

The authors of the new technology used the properties of metamaterials to create an illusion of the absence of an object and to create the visibility of another object. To make a person see, let’s say, a spoon, the light, which the person perceives, needs to be distorted similarly to the light reflected by the spoon. It is technically possible to create a metamaterial which would be capable of distorting light rays like that.

“To make a cup look like a spoon, for example, light first strikes the cup and is distorted. It then passes through a complementary metamaterial which cancels out the distortions to make the cup seem invisible. The light then moves into a region of the metamaterial that creates a distortion as if a spoon were present. The result is that an observer looking at the cup through the metamaterial would see a spoon,” the scientists wrote in their article.

The work is purely theoretical. In real life, the scientists have succeeded in creating the effect of invisibility. For example, two groups of scientists said in May of this year that they designed invisible cloaks.