Little girl who does not age hides secret of everlasting youth

Brooke Greenberg is a daughter of Melanie and Howard Greenberg. The couple has three other children, aged 22, 19 and 13 – all of them girls. The three other girls are growing like all other kids. Brooke, who already turned 16, seems to be stuck in her infancy. Her appearance has not been changing for 15 years already. 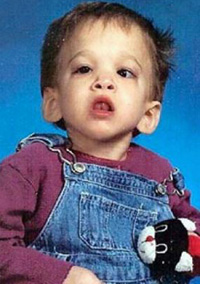 Little girl who does not age hides secret of everlasting youth

Brooke weighs about 7 kilos, she is 80 centimeters tall. The girl has a baby’s body and face. There is no other human being like her anywhere in the world.

Scientists say that the parts of the girl’s body live independently from one another. For example, Brooke has infant’s teeth and brain, but the structure of her bones corresponds to those of a ten-year-old child.

Modern medicine knows many incidents of premature aging. There are about 20 children living in the world today, who suffer from an extremely rare disease known as progeria. All of them look like elderly people, although they are only ten years of age. The disease develops as a result of genetic mutation.

Scientists originally believed that Brooke Greenberg had an opposite of progeria. A closer insight showed, though, that the girl was not suffering from any known genetic diseases.

Since the phenomenon is obvious – the girl is not ageing – scientists believe that she gives the world an opportunity to find out why it happens. They hope that they will find the gene or a group of genes, which make people change with years and eventually die.

The little girl does not speak. She can not eat alone either – her parents have to use special tubes to feed the child. Nevertheless, the secret of everlasting youth is hidden somewhere inside the poor child.