Many atheists thrive on ignorance 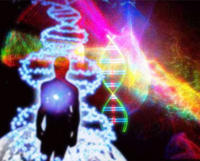 Many atheists thrive on ignorance

Many atheists have very little understanding of science, DNA, and biology. They only have very superficial knowledge of these scientific subjects. Their ignorance of how nature works allows them blissful freedom to believe all sorts of fairy tales.

As mankind has discovered and understood more about nature, particularly DNA, the more ridiculous and childish does atheism appear.

If anything is old and discredited it is most certainly the old, re-cycled arguments used to support Darwinian macro-evolutionary theory. Darwin was only right about natural selection and micro-evolution, but not about macro-evolution.

Information, whether it be information in the genetic code, on a computer software program, on a type-written page, on a hand-written page, in radio signals, in the electrical signals flowing through a telephone line, anything where there is sequential arrangement of matter or energy conveying instructions, messages, codes, such phenomenon does not happen and cannot happen by chance.

Many people who easily believe in Darwinian macro-evolution theory do not understand what genes really are. They are information. DNA is information! Those who do understand and still believe in macro-evolutionary theory should know better or have been so brainwashed so as not to think critically about the theory or they wish to believe in the theory in spite of evidence to the contrary for personal motives and reasons.

Even Chaos theory shows that only a minimal level of order will ever be possible by chance.

The creation/evolution issue really begins with the origin of life. So, let's start there. We will not bother discussing the issue of time and the age of the earth and universe. Many do not realize the assumptions involved and the circular reasoning used by evolutionists in their various dating methods. That is another story. So, let's begin with the origin of life issue.

Millions of high school and college biology textbooks imply that Stanley Miller, in the 1950's, showed that life could arise by chance. Nothing could be further from the truth.

Of course, once there is a complete and living cell then the genetic code and other biological mechanisms exist to direct the formation of more cells. The question is how could life have arisen naturally when there was no directing mechanism at all in Nature.

The term "natural selection" is simply a figure of speech. Nature does not do any active or conscious selecting. It is an entirely passive process. "Natural selection" is just another way of saying "natural survival". If a biological change occurs that helps a species to survive then that species, obviously, will survive (i.e. be "selected"). Natural selection can only "select" from biological variations that are possible and which have survival value.

The only evolution in nature that is observable and can be called science is microevolution, which is variations within biological kinds such as varieties of dogs, cats, horses and cows.

Macroevolution, or variations across kinds, is not science but faith.

The genes exist in all species for microevolution but not for macroevolution, and, as stated already, there is no scientific evidence that random genetic mutations caused by natural forces such as radiation can or will generate entirely new genes for entirely new traits for natural selection to act upon.

It is not rational to believe that genes can come into existence by accident or chance. Just ask any genetic engineer!

Thus, it is far more logical to believe that genetic similarities between species are due to a common designer rather than common chance evolutionary ancestry .

Even if scientists ever do produce life from non-living matter it will only be through intelligent design or planning so it still wouldn't help support any theory of life originating by chance or evolution. Even artificial, or synthetic life, is a creation by scientists, through intelligent design, of a DNA code built from "scratch" which is then inserted into an already existing living cell.

"Wethink there's about 7 million tons of earth soil sitting on Mars", says scientist Kenneth Nealson. "You have to consider the possibility that if we find life on Mars, it could have come from the Earth" [Weingarten, T., Newsweek, September 21, 1998, p.12].

The best little article ever written refuting the origin of life by chance is "A Few Reasons an Evolutionary Origin of Life Is Impossible" by scientist and biochemist Dr. Duane T. Gish. Dr. Gish presents "simple" but profound scientific barriers to evolution of life which aren't mentioned or covered in Johnny's high school biology textbook or in college textbooks for that matter. This article is truly great! Dr. Gish's article may be accessed here.

All of this simply means that real science supports faith in an intelligent Designer behind the origin of life and the universe. It is only fair that evidence supporting intelligent design be presented to students alongside of evolutionary theory. Science cannot prove that we're here by either chance or design. Both require faith. Where will you place your faith?