Survival of the non-fittest? 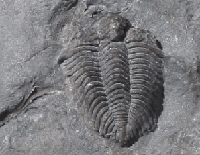 Survival of the non-fittest?

The only evolution in nature that is observable and can be called “science” is micro-evolution (variations within biological kinds such as varieties of dogs, cats, horses, cows, etc.). Macro-evolution, or variations across kinds, is not science but faith.

Another problem for macro-evolution is the issue of survival of the fittest. How can a partially-evolved species be fit for survival? A partially evolved trait or organ which is not completely one or the other will be a liability to a species, not a survival asset.

The reader is urged to do further research, including the issue of fossils, etc., via the Internet on this subject.
The author, Babu G. Ranganathan, has his B.A. degree with concentrations in theology and biology and has been recognized for his writings on religion and science in the 24th edition of Marquis "Who's Who In The East". The author's website may be accessed at www.religionscience.com.