The future of mankind according to Arthur Clarke

“The birth of artificial intelligence is inevitable; however, it will be preceded by a lot of artificial stupidity.”
“Perhaps, satellite television influences overpopulation drastically. Television is considered to be the best ever-existing contraceptive.”
Arthur Clarke. An online interview on the sidelines of The Future Catastrophes discussion at the Strannik-2001, the Congress of Science Fiction Writers of Russia (St. Petersburg)
September, 11 2001 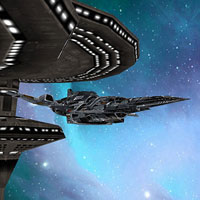 The future of mankind according to Arthur Clarke

Clarke did not patent the idea. He did not even believe that it would be possible to materialize it while he was alive. In general, the scientist was certain that such ideas should belong to mankind, but not to one particular individual. The idea to use orbital satellites for meteorological observations also belongs to Arthur Clarke.

Below you can read what is going to happen in the world as Arthur Clarke saw it.

2009: A city in a developing country will be destroyed by a casual nuclear bomb disposal. Short debates at the UN will result in the termination of all nuclear weapons on Earth.

2016: All present currencies will be abolished. Megawatt-hour will be the exchange unit.

2019: A large meteorite will fall down on Earth in the North Pole. There will be no injuries; however, a mammoth tsunami will damage coasts of Greenland and Canada .

2020: Artificial intelligence will reach the human level. Since this time there will be two intelligent species on the planet, and artificial species will develop much quicker than their biological analogues.

2021: Man will land on Mars, which will bring some nasty surprises.

2024: Scientists will detect ultra red signals emitted from the center of the Galaxy. Nevertheless, they will fail to decipher them.

2025: Neurosurgical research will enable scientists to unravel all mysteries of a living organism.

2057: There will be a festival to commemorate the 100th anniversary of the beginning of the Space Epoch (when the USSR launched the first man-made satellite).

2095: Spaceships capable of flying at the speed of light will be designed.