Sesnational news from the spirit-world came just the day 2 planes crashed in Russia. While Federal Security Service staff was clearing away the wreckage in the places of the accident in Rostov and Tula regions, the scientists of Saint Petersburg already knew that was an act of terrorism. They got interested strange sounds heard in the ultra short waves that are free from radio signal. When the scientists scrolled down the record, they were astounded. It said: That was a terrorist”. 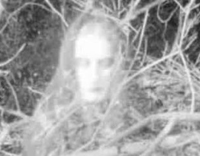 That was a sensation. The words were replayed on “Saint Petersburg Radio” air. Non-believers finally realized that the other world really exists.

A University of Radio technique professor Artem Mikheev got interested in this question. He found “Russian Instrumental Transcommunication” – an organization aimed to cooperate with the nether world.

Such attempts were undertaken from ancient times. Shamans and oracles got in trance to hear voices from other planets. Then came spiritists with the attempts to read notes from the other world my means of rolling a saucer. They both found out that sometimes spirits could reveal secret information about people and places and even anticipate events.

Vyachelsav Mesherakov, an expert on the history of spiritualism, claims that some magicians even managed to revive people’s dead relatives for a short time. These ghosts behaved like zombie, although looked like themselves while alive. Spiritualism’s opponents, however, claimed pictures of these zombies fake.

From the invention of radio on free from broadcasting range strange voices started to appear in the background. In 1949 Marcelo Becky, Italian, started to record them, and it turned out that these voices can be answered.

Inspired by the experience of foreign scientists, Artem Mikheev started his own experiments in 2002. Ghosts’ answers came to Artem even when the microphones were off.

Mr. Mikheev says that on the day of the planes crash he was establishing connection with the other world. They didn’t know what the cause of the tragedy was, so they turned to the strange voices for an answer. The answer was a quick messy record. Artem slowed the speed down 2,5 times, and heard somebody saying: “That was a terrorist”. Several days later this information was officially confirmed.

Artem Mikheev is convinced that life after death exists. During one of the spiritual operations Artem asked if people and animals have the same size after death, the voice said, “You resemble waves”.