Russia to reform national economy to get rid of oil dependence

British scientists recently released a report warning that world oil supplies could run out faster than expected. The scientists seem to have been commissioned by the White House to come up with a forecast that justifies U.S. aggressive policies toward oil-exporting countries. However, Russians have no reasons to panic even if the prediction proves correct since Russia is going to rid itself of the dependence on oil by reforming economy. 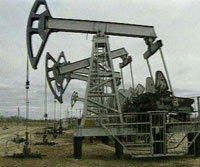 Russia to reform national economy to get rid of oil dependence

The problem of meeting growing demand for hydrocarbons has become increasingly important in terms of international politics as Russia became the world’s largest oil producer in the last few years, according to President Putin. A number of controversial estimates of the world’s remaining oil reserves have started to appear of late by courtesy of some Western think tanks which opted for an aggressive strategy aimed at launching new oil exploration and production projects.

Scientists led by the London-based Oil Depletion Analysis Centre called into question a review of the world’s remaining oil reserves, which was published by British Petroleum earlier this month. BP’s estimate appears to conclude that the world still has enough proven oil reserves to provide consumption at current rates. In total, the world’s reserves have increased by 15% over the last ten years; they are currently estimated at about 1.2 trillion barrels, according to BP’s Statistical Review of World Energy.

However, the scientists at the Oil Depletion Analysis Centre believe that global oil production is set to peak in the next four years, reaching the highest level in 2011. A steep decline in production is expected to occur thereafter, warn the scientists. One can get the impression that these “brand-new” assessments have been carried out at the recommendation of U.S. government research agencies. The findings seem to be designed for using as part of information warfare aiming to justify the United States and its allies interviewing in the affaires of Eurasia. The analysis fits well the belligerent rhetoric of U.S. Senator Richard G. Lugar who advocates NATO enlargement in Eastern Europe and creation of military bases around Russia by stressing the role of hydrocarbons, which are allegedly “becoming a weapon” as the demand of the West for energy keeps growing.

The aggressive rhetoric can be explained by the desire to replenish one’s own energy resources – which look somewhat scarce – at the expense of reserves owned by other countries. According to BP’s review, the continued upward price trend has led to a decrease of energy consumption in major oil-importing countries, especially in the United States, where energy consumption dropped by nearly 1% in 2006. The average annual price has increased almost 20% up to $65 in member states of the Organization of Economic Cooperation and Development. Meanwhile, Britain’s oil production has been in decline for seven years consecutively, and U.S. oil production has been declining for six years in a row.

On the other hand, total worldwide oil production has grown 0.4% up to 81.7 barrels a day. Russia made a larger contribution to the increased global oil supplies by putting out an additional volume of about 220 thousand barrels a day. One may as well recall a question asked by U.S. Vice President Dick Cheney a while ago: “Where is the prize?” Needless to say, the prize in question is for America to get, and it is made of precious hydrocarbons.

However, Cheney, Lugar and the like should breathe easy now. First off, there are other oil-reserve forecasts, which look even better than those released by BP. According to Cambridge Energy Research Association (CERA), global oil production is likely to peak at a later period, sometime around the year 2030.

CERA scientists believe the world’s current oil reserves (estimated at 1.2 trillion barrels) were underestimated by 3 times,and should actually total 3.74 trillion barrels. Forecasts released by the International Energy Association are equally optimistic. Moreover, CERA calls into question the Hubbert peak theory, pointing to negative implications for the global economy and a potential economic crisis the theory may trigger should the world’s major oil and industrial companies take it up as guidelines for their actions.

Taking into account even the most pessimistic predictions, Russia is ready to deal with the consequences in a calm manner. Being one of the world’s richest countries in terms of natural recourses, Russia looks set to refute the allegations relating to its heavy dependence on revenues from oil sales. First off, Russia has 45% of the world’s natural gas reserves; 13% of global oil reserves; 23% of global coal reserves, and 14% of the world’s uranium deposits. Russia has produced 40% of the total oil production increase since 2000, thus making a significant contribution to maintaining global oil demand and supply in balance.

Aside from increasing its oil production volumes, Russia also intends to step up its efforts for alternative energy solutions. President Putin laid special emphasis on the development of alternative sources of energy while delivering his address to the Federal Assembly in April 2007. Putin stressed the importance of completing a structural reform of the Russian power grid. He also pointed out the need to increase power production by two-thirds by 2020. To fulfill the goal, there are plans to build 26 new nuclear power plant blocks. Over the entire Soviet-era period, only 30 nuclear power plant blocks were built.

In February 2007, President Putin signed a new bill into law to separate Russia’s nuclear complex into two sectors. The first one will be related to national defense, and the other one will focus on nuclear projects for civil purposes. A state-controlled holding Atomenergoprom is to be created on the basis of the second part of the Russian nuclear industry. The new holding will have a complete technological cycle of the nuclear power complex.

According to Sergei Kiriyenko, head of the Russian Nuclear Agency, a new holding will supervise the entire nuclear power generation process from start to finish e.g. from ore mining to nuclear power engineering. The holding will lay the foundations for carrying out a plan to build 40 nuclear power plant blocks in the next 25 years. As a result, Russia’s nuclear facilities should account for 25% of all power generated by the federal energy system. At present, 16% of all electricity in Russia is produced by nuclear power plants. Besides, Russia can make good use of its huge reserves of coal and increase the volumes of coal-generated energy supplies. Igor Tomberg, a senior researcher with the Center of Energy Studies under the Russian Academy of Sciences, pointed out a year ago that Russia’s economy could achieve significant savings of natural gas by switching its all domestic consumers to the use of coal and fuel oil as envisaged by the new energy supply strategy for the period up to 2015.

The volumes of power produced by Russia’s coal power plants are quite insignificant so far, about 17%. It is obvious that Russia can its vast coal reserves to advantage. According to estimates by the Institute for the Study of Natural Monopolies, Russia could save up to 27 billion cubic meters of natural gas by switching to coal its power plants which run on coal and natural gas. At the moment Russia has about 20 power plants running on coal only.