According to WB specialists, the year 2005 has been marked with considerable economic growth

The end of the year is the traditional time for a variety of specialists to sum up results of their work. The World Bank has released its views of the economic development of the world in 2005. The conclusions made by WB experts leave quite a dubious impression. On the one hand, one may say that global economy is rising in the world. On the other hand, there is a whole number of disturbing factors, which may push the world into a deep economic crisis. 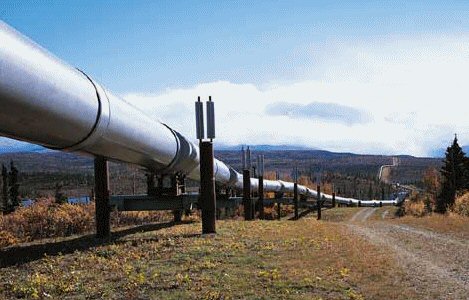 According to WB specialists, the year 2005 has been marked with considerable economic growth. Like in previous years, the largest economic rise was registered in developing countries – 5.9 percent in 2005 vs. 2.5 percent rise set by the group of industrially developed states (6.8 and 3.1 percent last year respectively). A certain decline in the economic development is explained with the growing prices on oil. It is noteworthy that the economic progress of developing countries is traditionally based on the permanent success of China. The situation is different as regard to the developed states as well: the US and Japanese economies have been growing, although one can not say the same about the European countries.

The 2005 report from the World Bank contains a chapter about Russia's economic accomplishments too: it is included in the part about Europe and Central Asia. Similar to global economic trends, the tendencies of the regional economic development are quite ambiguous in general. Some countries strengthen their economies owing to surplus profits from very impressive oil sales, whereas high oil prices make other states slow down the development of certain economic projects, albeit the moderate speed of the economic development remains the same.

Azerbaijan is the absolute leader on the efficiency of using the extra profit of oil sales. The Czech Republic is probably another country of the former Soviet camp (and in entire Europe too), which can boast of similar accomplishments. The Czech government managed to find the proper use of investments, which inundated the national economy after the republic became a member of the European Union.

As for Russia, World Bank specialists traditionally pay attention to the danger of the growing inflation rate. This is not a secret for the Russian government, though. One may not say that Russia has a thought-out plan to fight against the devaluation of the ruble. Various governmental agencies in Russia argue with each other, trying to defend their concepts on the matter, while the ruble loses its value slowly but surely, and the impressive oil income is used to support social programs in the country.

The only part of the WB report that can be described as a relevant aspect for Russia is the WB's acknowledgement of Russian oil sales as beneficial activities for neighbouring states. It just so happens that Turkey, for instance, is a lucky state: Turkey's geographical position on the opposite coast of the Black Sea makes it easier and cheaper for the country to receive Russian fuel.