Russia fails to convince Iran of the need to compromise

If Iran does not find a compromising decision for its nuclear problems, it may find itself internationally isolated

The Secretary of the Russian Security Council, Igor Ivanov, finished his visit to Iran yesterday. This trip of the Russian official has received an extensive coverage in Western media: foreign reporters believed that Mr. Ivanov was going to meet the Iranian administration and discuss plans about the enrichment of uranium on Russia's territory, which would be subsequently used for nuclear power plants in Iran. World news agencies reported that the European Union has already come to terms with such a compromise. 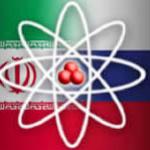 During his stay in Iran's capital, Tehran, Igor Ivanov had meetings with all top officials of the country, including the newly-elected President, Mahmoud Ajmadinejad. Official news reports from Tehran say, though, that Russia and Iran failed to reach any considerable progress as a result of the talks in Tehran. The head of the Iranian Atomic Energy Organization, Gholamreza Aghazadeh, stressed out that the Iranian nuclear fuel would be produced on the territory of Iran. “We did not set forth any alternative suggestions. The visit was to identify certain opportunities, which Russia could use to ease the currently intense situation with the Iranian nuclear program,” Igor Ivanov said.

The West strongly objects to Iran's plans to create the complete nuclear cycle on its territory thinking that Iran might secretly develop a military nuclear program too. Iran, in its turn, tries to do its best to keep the uranium-enrichment right for the nuclear energy industry of the country. There is very little time left to solve the crisis: on November 24 the IAEA administration will gather to decide whether they should send the Iranian nuclear dossier to the UN Security Council. It is not ruled out that the international community may eventually decide to impose economic sanctions against Tehran.

Russia is willing to regulate the conflict with the help of diplomatic means. Igor Ivanov's visit to Tehran exercised the attempt of the Russian administration to find a compromising decision of the entire problem. IAEA's chairman, Mohamed El-Baradei, is set to follow Igor Ivanov's steps and visit Tehran in the near future as well. Baradei's visit will have a similar goal: to try to convince the Iranian leadership of the need to accept Russia's uranium-enrichment suggestion.

”Iran does need to find a compromise to avoid international sanctions. However, the current Iranian administration wants the West to acknowledge the nation's right to produce the nuclear fuel independently,” the head of the center for strategic and political research, Vitali Naumkin said.

The New York Times unveiled sensational information during Igor Ivanov's visit to Iran. As it turns out, US special services obtained a laptop that had been stolen from Iranian officials and presented the information from the computer to the IAEA's administration. The computer files supposedly confirmed the nuclear military ambition of Iran. “This is ridiculous. This information leak has a goal to affect the forthcoming session of the IAEA board in Vienna on November 24,” an official spokesman for the Foreign Affairs Ministry of Iran, Hamid Reza Hasif said.

Such incidents have already occurred on the eve of the US-led invasion in Iraq in 2003. Washington was trying to prove back then that Saddam Hussein had the WMD arsenal at his disposal. Everyone knows that the “reliable evidence” proved to be a hoax afterwards.

Igor Ivanov visited Baghdad after his meetings in Tehran were over. The Russian official had a chance to see the horror of the ongoing Iraqi tragedy: a bomb blew up in the area, where Iraqi governmental and diplomatic institutions are located.