However, Russia is not the only country in the world, which accuses the European Court for Human Rights of its biased views

This year Russia has set a new record on the number of lawsuits filed at the Strasbourg-based European Court for Human Rights. Russian people start perceiving the European justice as the only instance, which can help them establish truth. However, the Russian administration gives quite a hostile reception to decisions of the Swiss court and criticizes it for its biased attitude to Russia. 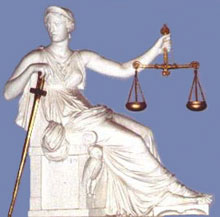 The chairman of the European Court for Human Rights, Luzius Wildhaber, says that many say that the court makes political decisions. “This does not surprise us much, because when the court pays a country's attention to a certain violation of the Convention of Human Rights, it is perceived as an insult. This is a normal phenomenon, Russia is not the only state in the world, which has such a reaction. We hope that national courts will adjust themselves to the standards of European justice,” Mr. Wildhaber said.

”As a rule, politicians do not put pressure on judges, but the government of this or that country may set out their protests against certain lawsuits in public. As for me, I have had such an experience during eight years of my chairmanship at the court, when they were trying to tell me what I was supposed to do, but I strongly rejected all of such recommendations. We are an independent court, and I will not tolerate any pressure at this point. It is worthy of note that malcontent governments may often refuse to nominate candidacies for reelection, which we interpret as a circumstantial form of bringing pressure upon the court,” Luzius Wildhaber said.

”As a rule, a state government usually presents us the list of three candidates, each of them needs to have equal chances. Some countries practice the procedure of interviews. After that the government submits the list of candidates to the council of ministers, and the Parliamentary Assembly of the Council of Europe makes the final choice. The PACE studies the biography of each and every candidate, conducts a 20-minute interview with all of them and then picks one of the three. As you can see, it is the parliament, which appoints the judges for the Strasbourg court,” Mr. Wildhaber said.

”The European Court for Human Rights usually awards financial compensations or the recovery of moral damages in the event the court establishes a certain violation of the Human Rights Convention. All states pay the compensations, although it may take a certain state a longer period of time to make the adequate payment. As far as I know, Russia pays this money regularly. However, the court may expose certain drawbacks of the legal system of a state, which gives an impetus to this country's government to amend its legislation. Russia has repeatedly introduced such changes following our recommendations. We receive many of the so-called Chechen lawsuits from Russia. A lot of Chechen citizens do not have a possibility to access the courts, and we recommended the government to correct the situation.

”The chairman of the European Court for Human Rights does not have the veto right. No judge in any international court has a right to veto the decisions of inferior courts. As the presiding judge at the Strasbourg court, I am responsible for the organization of legal procedures. I also preside at many court hearings, including the hearings of all lawsuits filed against  the government of Switzerland. I periodically have meetings with presidents and prime ministers of many countries, who need to talk to me in person. This is more of a representative role. I act as one of the 45 judges of the Strasbourg-based court.

Russia is the leading state on the list of countries, which addressed to the European Court for Human Rights in 2005. Russian citizens have filed 6,558 lawsuits as of the end of September of 2005. Poland follows with 3,800 lawsuits, Romania with 3,000 and France with 2,200 lawsuits.

”Russia is a huge country, that is why we are not surprised about he number of lawsuits filed by Russian citizens. Plaintiffs do not trust national court instances on many occurrences: when they address to the Strasbourg court, they often want to test the reliability of the Russian court system. As a rule, Russians complain of drawbacks in the execution of court orders. We sometimes may receive complains about the suppression of freedom of speech, about living standards in penitentiary institutions, the entitlement for privacy and so on,” Luzius Wildhaber said.