German Foreign Minister Frank Walter Steinmeier has arrived in Moscow today three days before the start of the Russia-EU summit (to be held in the city of Samara). The minister’s intention to visit Russia before the summit became quite a surprise to his European colleagues. Sources from the German delegation at the summit said that the German minister received a personal invitation for this prescheduled visit from his Russian counterpart Sergei Lavrov. 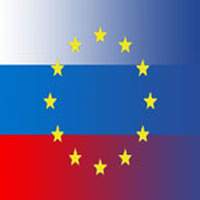 German TV channel ARD said yesterday that Frank Walter Steinmeier was going to visit Moscow to conduct urgent talks with President Putin to diffuse the growing tension ahead of the EU-Russia summit.

Most likely, the summit will take place, because President Putin and German Chancellor Angela Merkel confirmed their determination to hold the meeting in Samara, no matter how hard its agenda could seem.

Minister Steinmeier said earlier that the relations between Russia and the European Union have been growing tense recently. The minister called upon the local media not to speculate on the supposed agreement between Putin, Merkel and EU Commission President Jose Manuel Barroso to cancel the summit.

“The EU needs Russia during the solution of international conflicts. However, Russia depends on the European Union too. That is why we should have reason dominating our relations,” the German foreign minister told reporters.

The most important issue that still remains unsolved is connected with the conclusion of the new agreement on partnership and cooperation to confirm the strategic character of cooperation between the parties. The current agreement expires at the end of the current year.

When Germany took over the rotating presidency in the European Union, Moscow laid big hopes on the authority of German Chancellor Angela Merkel expecting that the latter would be able to push the talks on the new agreement. Poland suspended the talks in the beginning of the year due to the meat conflict with Russia. Nowadays the EU-Russia relations have turned into a whole bouquet of problems.

It goes without saying that the parties will not be able to begin the talks about the above-mentioned agreement. “We will simply be unable to start the negotiations,” the German foreign affairs minister told reporters yesterday.

One of the problems of EU-Russia relations is connected with USA’s plans to deploy elements of its air defense system in Europe (Poland and the Czech Republic). There is also an economic issue connected with the abolishment of transit payment collected from Western airlines for flying over Russia’s Siberia. Russia refuses to cancel the annual collection of 300 million euros. Another bone of contention is Moscow’s refusal to ratify the Energy Charter, which provides free access to oil and gas pipeline infrastructure to transport transit fuel from other countries. The recent meeting between the presidents of Russia, Kazakhstan and Turkmenistan could only testify to Moscow’s tough position on the matter and provoked negative reactions in the European Union.

Furthermore, Russia’s stance in the scandal with the removal of the monument of Soviet Warrior in Estonia and EU’s neutral reaction to the dispute became another negative factor that aggravated Russia’s relations with the European Union. Lithuania put forward its claims against Russia yesterday too. Lithuanian Foreign Minister Petras Vaitiekunas stated at a meeting in Brussels yesterday that Lithuania would follow Poland’s example and block the start of the talks on the strategic agreement with the EU if Moscow refused to resume oil supplies that were cut in the summer of 2006, when the Lithuanian leg of the Druzhba pipeline was put on repairs.

It has become clear that German Chancellor Angela Merkel failed to show influence on Poland and subdue its resistance. Polish Foreign Affairs Minister Ana Fotyga confirmed her intention not to open talks with Russia.