The US State Department published its annual report at the end of the last week. The report, titled “Supporting Human Rights and Democracy: The US record 2006” triggered an outburst of emotions in Russia. Quite a number of statements on the matter have been released from the Foreign Affairs Ministry, State Duma committees, United Russia party and state officials. The criticism can be summarized as follows: the US administration practices the policy of double standards towards Russia and deliberately interferes into Russian home affairs on the threshold of presidential elections. In other words, Russian politicians believe that the USA is threatening the development of democracy in Russia again. 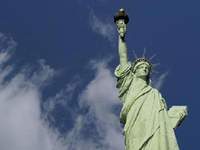 The above-mentioned document is a report about the actions taken by the US administration (financial efforts inclusive) to strengthen democratic institutes and protect human rights and freedoms in a variety of countries of the world. As far as Russia is concerned, the document says that the USA renders Russia educational assistance to hold free and honest parliamentary (in 2007) and presidential (in 2008) elections. Furthermore, the document states that the USA is concerned with the erosion of the Russian civil community. According to the US State Department, the USA has been rendering technical and financial assistance to support civil community groups and non-governmental organizations, etc to support their active participation in social life.

The report basically states that the power in Russia is concentrated in the hands of executive authorities only, which manipulate the legislative agencies and show pressure on the legal system and opposition political parties. Furthermore, the US State Department accused the Russian security forces of creating considerable problems in the field of human rights. US officials believe that the Russian government is involved in political kidnappings and killings in the Republic of Chechnya and other territories of the Northern Caucasus.

Needless to say that such a point of view could not but worry the Russian administration. An official spokesman for the Russian Ministry for Foreign Affairs, Mikhail Kamynin, stated that the chapter of the document about the situation with human rights in Russia was “biased, politicized and confrontational.” In addition, State Duma speaker Boris Gryzlov said that the lower house of the Russian parliament was going to consider a draft statement in connection with the report from the US State Department.

The Russian deputies were infuriated with the fact that the USA virtually acknowledged the fact that it funded specific events connected with the forthcoming presidential and parliamentary elections. It is worthy of note that Russian President Putin stands strongly against it.

The report generally testifies to USA’s intention to participate in the Russian election process, which means that the United States is determined to interfere in Russia’s internal affairs.